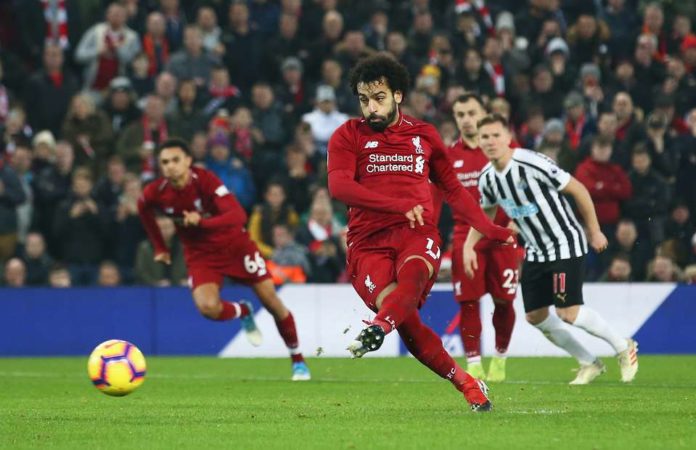 Liverpool ace Mohamed Salah is but an official verdict away from facing a two match for alleged ‘diving’ in the Red’s Premier League game against Newcastle United yesterday after referee Graham Scott was convinced the Egyptian forward was brought down ruthlessly and consequently awarded Liverpool a spot kick which was easily turned in by Salah. 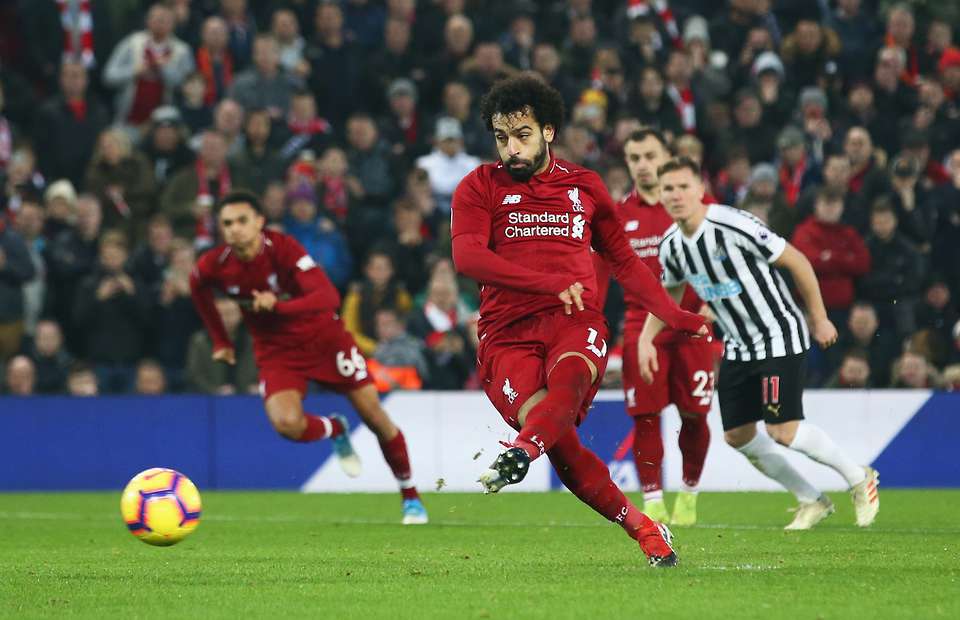 The 26-year old Egyptian forward scored the awarded spot kick to double his side’s preemptive lead over the visitors in a thrilling 4-0 win of the hosts. Prior to the penalty kick, Salah collapsed in a heap to win a 47th-minute penalty when Paul Dummett merely touched the Liverpool star’s left arm prompting the referee to take the immediate and necessary action against the visitors. The converted penalty marked Salah’s twelfth strike in goal in the Premier League this season, falling one short of Arsenal’s Aubameyang’s 13.

However, an FA panel will meet on Thursday to decide if referee Graham Scott was ‘deceived’ when he awarded the spot-kick. If the panel – made up of one ex-ref, an ex-manager and an ex-player – unanimously conclude there was “clear and overwhelming evidence that the player intentionally deceived the match officials” then Salah will be slapped with a two-game ban.

A furious Newcastle boss Rafa Benitez lashed out on the controversial incident.  “A soft penalty changed everything and now I have to explain why we conceded four goals,” he said.

Following the win at Anfield, the Reds have now moved 6 points clear of second placed Spurs to clinch the top position of the Premier League whilst still remaining unbeaten in the competition so far.