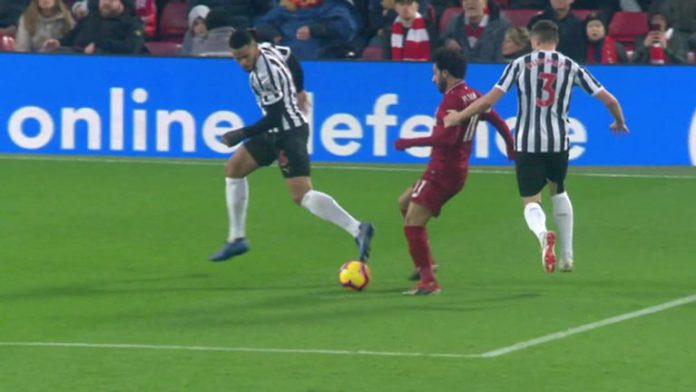 Liverpool forward Mohamed Salah will now face no ban that could have been imposed on him by English football’s governing body FA, should the latter, upon reviewing, have found the Liverpool ace guilty of “diving” during the Reds’ match against Newcastle United on Boxing Day. 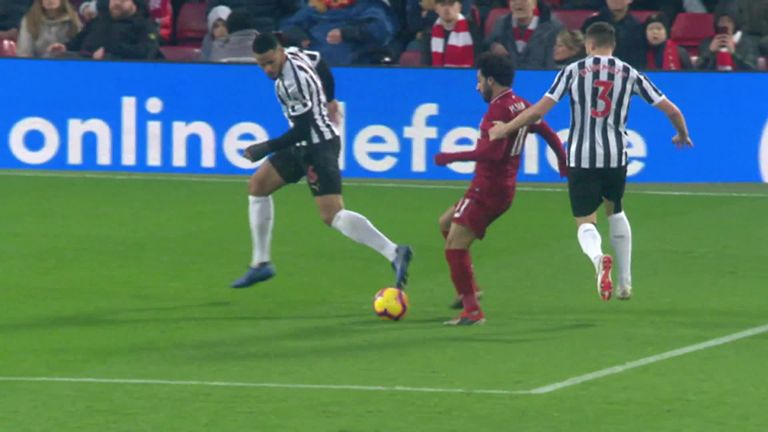 The Egyptian forward went down relatively easily at the touch of Newcastle defender Paul Dummett in the visitors Magpies’ box prompting referee Graham Scott to award the Reds a rightful, in that case, penalty. Salah did no mistake in converting the ball into the goal from the spot to double the hosts’ lead in an eventual 4-0 thumping of the visitors.

However, the contact being very delicate and the events that unfolded thereafter left the Magpies’ manager Rafa Benitez fuming over what had happened, who believed that the referee was ‘deceived’ and demanded action over the 26-year old Egyptian forward.

As per rules designed and set in as recent as the last season, i.e., 2017-18, strict action was to be taken against players who simulate penalties or the dismissal of opponent players, and by law, a verdict was due on FA’s part regarding the incidents at Anfield.

Upon reviewing the FA decided against any actions that were to be taken against the Liverpool forward, which would otherwise have seen the Egyptian sit out of Liverpool’s upcoming couple of key fixtures against Arsenal and Manchester City, dismissing any contact between the players was made at all.