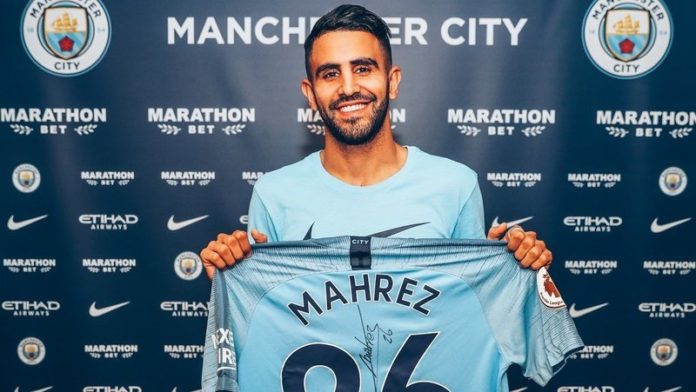 Amidst all the speculations, Manchester City have finally secured Leicester City’s Riyad Mahrez as their first summer signing.

We had reported earlier that Leicester City have accepted a 60 million pounds bid from Manchester City.

Now, the Algerian forward has put pen to paper and has signed a 5-year contract in what is reportedly a club record 68 million pounds deal.

The best things come to those who wait… 🕘#welcomeriyad to Manchester City! 💙 #mancity pic.twitter.com/lLjJZrz4J0

As is evident by the tweet, he will wear the number 26 shirt.

“I am so pleased to have joined City, a side playing great football under Pep Guardiola,” Mahrez told the club’s official website.

“Watching them from afar has been a pleasure. Pep is committed to playing attacking football, which is perfect for me, and City’s performances last season were outstanding. They’re redefining the English game and I wanted to be a part of it.”

“I think we can be successful over the coming years and I believe my own game can develop under Pep’s management.”

Mahrez is expected to make his debut when Pep Guardiola’s side faces Borussia Dortmund in the International Champions Cup on 21 July.