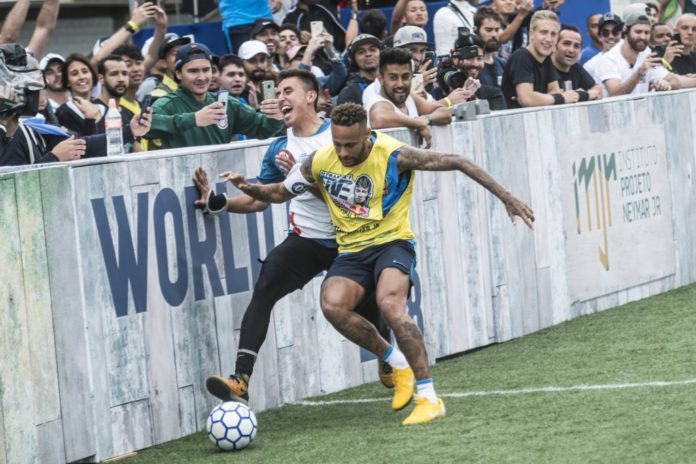 Neymar five alive is a world wide five-a-side football tournament where more than 100000 players from more 50 countries play against each other to win a chance to play in the world final. This fast, fun and skillful game was hosted in Brazil’s Jardim Glória, in Praia Grande where he spent much of his childhood playing this format of the game. This year Mexico where the World Champions and Brazil won the Women’s version. 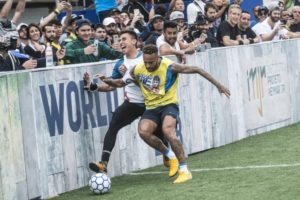 In a friendly match against the Mexicans, Neymar tried some fancy footwork to bamboozle the youngster but eventually would lose the ball to the youngster’s tackle. In an attempt to recover and win the ball back, Neymar followed the youngster and barged him into the side walls and in process tarnishing his already decimated respect after his questionable performance at the world cup a few week ago. The referee called for a foul rightfully and Neymar gave a cheeky smile to the referee.

The video went viral throughout the internet and the trolls kept flowing in. Here are the best twitter reactions to Neymar’s sly tackle.

If the roles were reversed, Neymar would still be rolling.

Shoulda rolled to show him up pic.twitter.com/GtsDeyUhgO

Imagine if Neymar was on the receiving end of that tackle, he give but can't take https://t.co/z2lR9Bi6O2