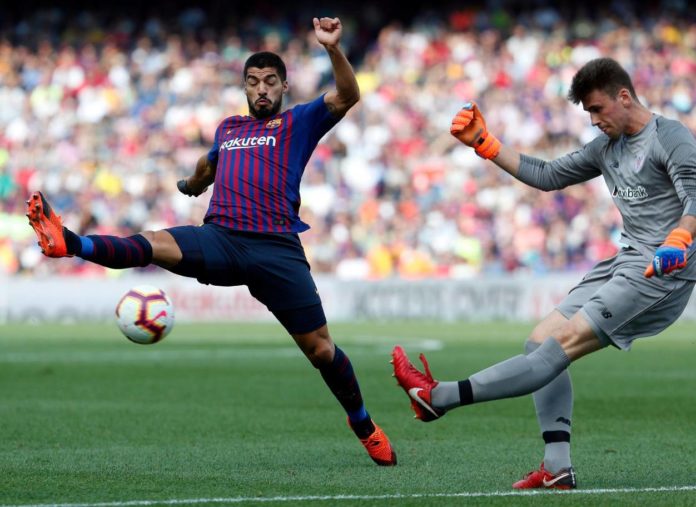 After falling short in their last match against Leganes, Barcelona tried to rally back in their match against Athletic Club Bilbao last night. However, that plan was thwarted by Lady Luck as they dropped points for the third match in a row, drawing 1-1 at home to Athletic Bilbao.

Barca conceded a goal early on in the match at the first-half courtesy of Oscar de Marcos. Substitute Munir El Haddadi prevented a first home defeat for Barcelona in more than two years by sliding in an equalizer in the 84th minute, meeting a cross by Messi who was later sent off along with Busquets in the second-half.

Arturo Vidal and Luis Suarez had some chances later on in the match but couldn’t utilize them. Ivan Rakitic looked sloppy and there were few passes given to Dembele who actually put on a good performance.

So, just like last week where Real Madrid lost to Sevilla and Leganes defeated Barcelona, this week saw no change as Real Madrid drew against Atletico Madrid and Barca drew against  Athletic Bilbao.

Barcelona is now level on points with Real Madrid but still sit on the top of the table due to goal difference. Barca will now face Tottenham in the Champions League on Thursday.

Watch the highlights of the match:

Real Madrid hang on to goalless draw against Atletico