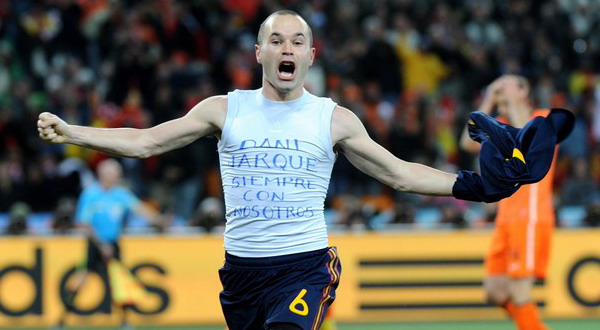 Andres Iniesta, who scored the only goal in the final of the 2010 World Cup has hung up his boots. After more than 130 appearances in 12 years and 3 major titles, he decided it after bowing out of the World Cup to Russia.

Iniesta was benched for the Round of 16 fixture by Spanish boss, Fernando Hierro and in his place, Marco Asensio was played. He came on as a substitute in the 67th minute and successfully converted his penalty in the 4-3 loss to Russia.

“It is a reality that is my last match with the national team,”  he said.
“Sometimes the endings are not as one dreams,” added the former Barcelona player. “It is the saddest day of my career.”

Iniesta ended his Barca career in May when he moved to play in Vissel Kobe, a club in Japan.