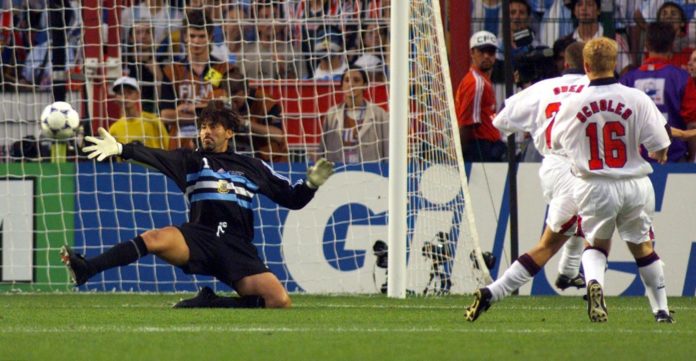 Michael Owen recently posted an update on Twitter remembering his stunner against Argentina in the Round of 16 in World Cup 1998 which England eventually lost 4-3 in penalties.

This was the moment, 20 years ago today, that my world changed forever… pic.twitter.com/MjuZV3Nqgj

The tweet reads “This was the moment, 20 years ago today, that my world changed forever…”. Michael Owen scored a wonderful goal on the evening of 30th June 1998 at St. Etienne when England faced a star-studded Argentine line-up in the Round of 16.

The former England striker was 18 at that point of time and was applauded for his goal by commentators and journalists alike. The youngster used to play for Liverpool and stayed there till 2004.

The goal started with David Beckham who was later red-carded in the match, passing a ball to Owen in midfield and Owen ran the whole way dribbling beside defenders to the D-box before calmly finishing it in the top left corner.

Michael Owen had a successful career playing for Liverpool, Real Madrid and Manchester United before becoming a successful racehorse jockey, breeder, and owner.

Football: Stephan Lichsteiner thanks Juventus in an emotional tweet ahead of joining Arsenal

FIFA World Cup 18: La Albiceleste Are Out Of The World Cup As France Proves Too Heavy For Them