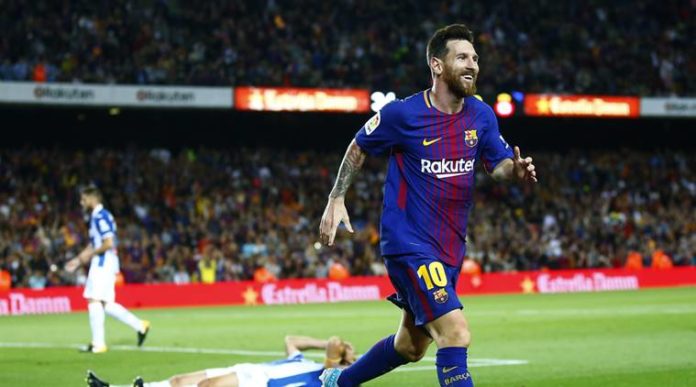 One can expect magic to happen in the field when Lionel Messi is in action and that is exactly what happened and then some.

He has now scored seven goals in six games this season, as well as going close with another free-kick in the second half and creating good chances for Suarez and Roberto.

The way he whipped in the ball into the top-corner beyond goalkeeper Zoet’s reach was breathtaking. He struck home Rakitic’s lofted ball and later on met Suarez’s pass to add a third.

Ousmane Dembele sped past two defenders and blasted a shot at the 74-minute mark.

Watch this video by NugoBasilaiaa if you haven’t seen Messi’s hat-trick yet!