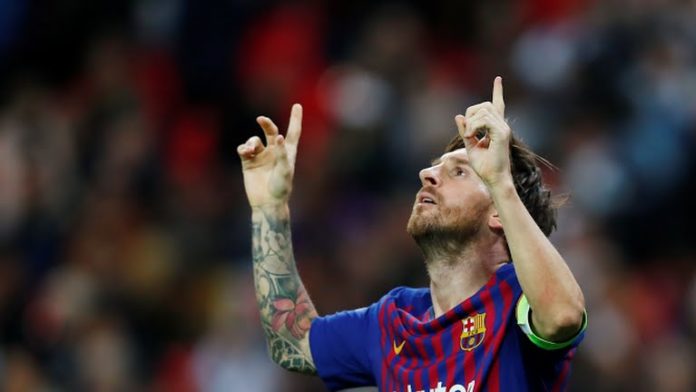 Messi’s masterclass proved to be too much for the Spurs to handle at Wembley.

The Catalans proved to be the dominating team at the end of the night as they eased past Tottenham with Messi scoring a brace and being the conductor behind the attack.

Philippe Coutinho made quick work of Spurs keeper Hugo Lloris’ reckless mistake as he scored the opener two minutes into the match and Ivan Rakitic put them in the lead with a spectacular 20-yard strike at the 28-minute mark.

Harry Kane scored one in the 52nd minute and a few minutes later Messi rallied back from close range to keep the odds in Barcelona’s favour.

Erik Lamela gave Spurs hope with a deflected finish but it was the unequalled Argentine superstar who had the last laugh as he scored his second goal at the 90-minute mark.

The second successive defeat of the Premier League side leaves them third in their group behind leaders Barcelona and second-placed Inter Milan and literally makes their task of progressing into the knockouts difficult.