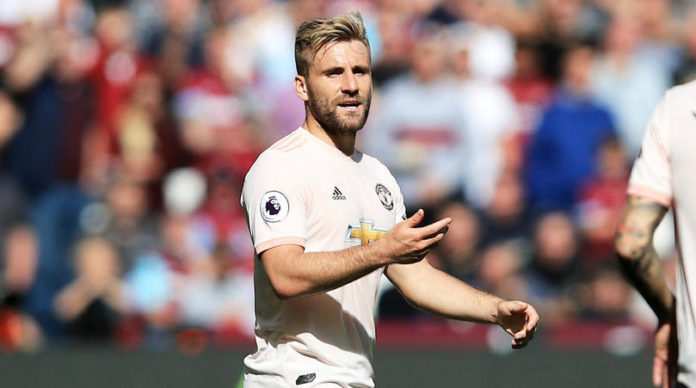 Luke Shaw criticized Manchester United’s lamentable performance in Saturday’s 3-1 defeat at West Ham and apologized to the fans, but refused to blame Mourinho for their shortcoming.

After losing to Derby County in penalty shootouts at the Carabao Cup last Wednesday and then to West Ham this Saturday, Man United are now behind Premier League leaders Manchester City and Liverpool in the league table.

However, Shaw didn’t point his finger on Mourinho and instead gave his honest opinion about Mourinho in an interview to Sky Sports.

He revealed that the gaffer had wanted to talk with the team at half-time and insists that the players were to be blamed for the defeat, not the manager.

He said, “It was a wake-up and words that he’s said before – we need to be moving, we need to concentrate more, we need to want the ball, we need to be playing. That didn’t happen. It’s disappointing and a very, very bad day for us.

“We have to look at ourselves as players. We’re the ones who go on the pitch. The manager isn’t on the pitch, is he?

“He’s there to put a team out and put a team out that he thinks can win the game. You look at our team today and we had a very strong team. No excuses. As players, we weren’t good enough.”