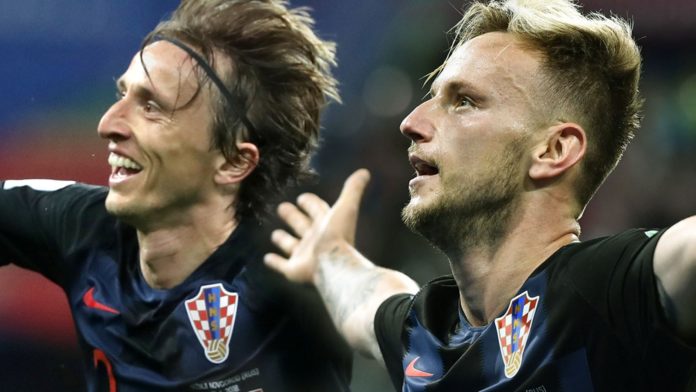 England’s dream of reaching their first World Cup final since 1966 came crashing down when they lost in extra time to Croatia in Moscow.

European underdogs Croatia showed great amount of determination as they came from behind to beat Three Lions in order to reach their first World Cup final. It was Juventus starlet Mario Manduzkic who scored the winning goal in 109th minute to secure Croatia’s golden ticket to World Cup final, slotting in from Perisic’s cross in the penalty area.

England had got off to a flying start when Trippier placed a superb free kick into the top right corner given Three Lions an one goal lead over European underdogs Croatia. However, Croatia got back into game when Perisic scored an equaliser in 68th minute of the game. After that it was Manduzkic who secured the golden ticket for Croatia when scored off from a wonderful cross by Perisic.

Croatian Football Team were underestimated a lot saying that England will easily make it to the final but it was clearly not the case when Croats took on Three Lions. Speaking after the game, Luka Modric concluded the win saying, “They underestimated Croatia tonight, and that was a huge mistake.”

Even Barcelona star Ivan Rakitic didn’t hold back from criticizing English football team. The midfielder said: “England thought they were already in the final, so they kept on playing the same way. In the end, it’s us who’s in the final.”

Rakitić: "England thought they were already in the final, so they kept on playing the same way. In the end, it's us who's in the final." [cope] pic.twitter.com/Qe15Sf7UJG