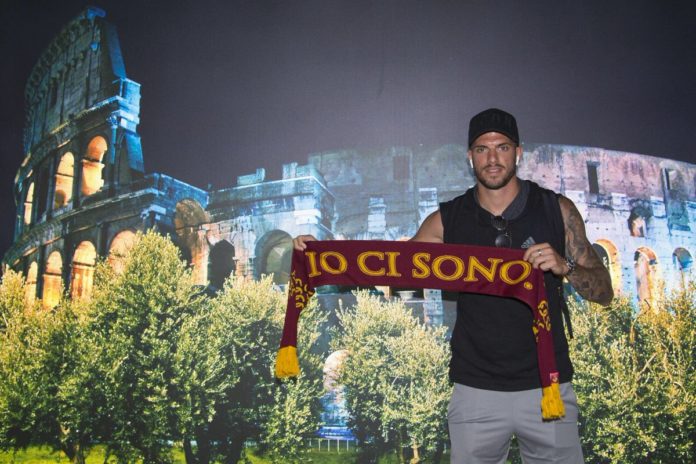 27 year old left back Davide Santon signs for Roma from Inter Milan at a fee of €9.5 million and has been given a 4-year contract.

Predominantly he is a left back, but can play on both flanks and even in the centre of the defence. 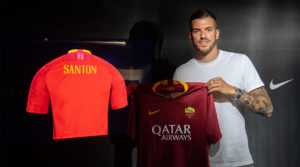 “I cannot wait to get started and show everyone what I can do,” Santon said.
“Coming to Roma means a lot to me, I really wanted to make the move and being here now has given me a lot of motivation.”

A product of the Inter academy, he made his debut in 2009 and has made more than 100 appearances for Inter in the 2 spells he had and got his Italy cap 8 times, the debut being when he was 18. Santon has also played against Cesena and Newcastle United.

“We know Davide and his ability very well, but what struck me most is his desire for a resurgence in his career,” Roma sporting director Monchi said.