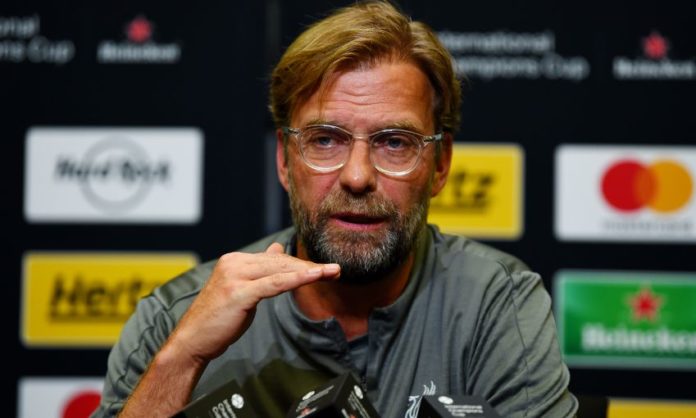 Liverpool boss defends his club’s spending spree in the transfer market this summer as the Reds have lashed out the money acquiring the services of Alisson, Fabinho, Naby Keita, Xherdan Shaqiri. Having already spent more than 150m in the transfer market, Klopp says that the market is not closed hinting at yet another marquee signing. Lyon’s captain Nabil Fekir is most likely the next player in line to join the Reds this summer. 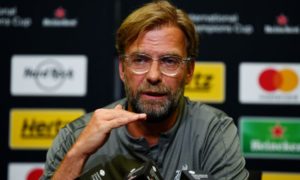 The footballing world is criticizing Klopp for his extravagant spending at Liverpool as last summer he had criticized Manchester United for spending 90m on Paul Pogba. Ever since, Klopp has gone on to sign the most expensive defender, most expensive goalkeeper and atleast 40m on Keita, Fabinho and Salah each. Quite contrary to his comment on United.

“We don’t care what the world around us is thinking,” Klopp stated.

The German added: “It is only an opinion in that moment. Did I change my opinion? Yes. That is true. But it is better to change your opinion than never have one.

“Whatever people say and bring it up again and again, I have had worse days in my life and worse things happen to me. We have the players we wanted. I am fine with that.” – he added.

It is quite clear that Klopp is trying everything to bring success to Liverpool. Klopp’s style of management, relationship with the players and his “heavy metal football” has shown hints of success as Liverpool reached the finals of the Champions League last season. Liverpool’s hopes of a silverware has never been brighter and more promising as this could be one the best squads Liverpool have assembled in club history.

On the other hand, one cannot completely blame the German manager for this splash of cash as the market has been high on inflation ever since Neymar was bought for more than 200m by PSG. Before the big money moves happened, a 100m transfer would be a rarity but since then there have been many transfers for an exorbitant amount of money. With clubs setting unbelievable price tags for players, it would not be long before another player touches the 200m transfer target.

Football : “I will stay at PSG” – Neymar