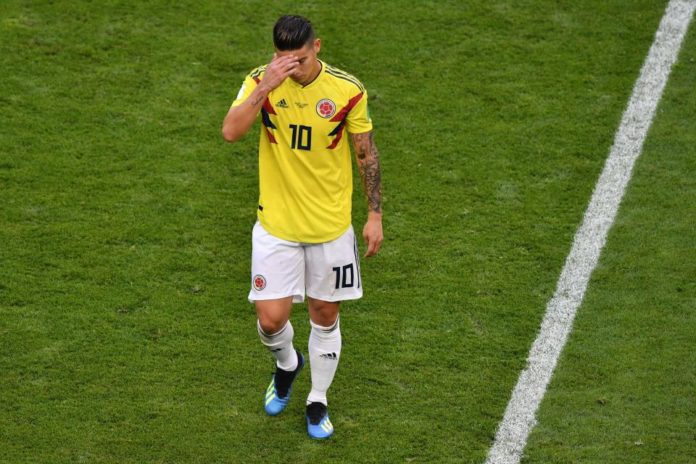 Colombia’s talismanic forward James Rodriguez wept inconsolably in the dugout as his nation lost to England on penalties yesterday. Just half an hour after celebrating Yerry Mina’s injury time equaliser, James was all teared up as they lost 3-4 on penalties. It was all the more cruel for the bayern midfielder as his injury sidelined him in what was his country’s biggest match of the tournament yet. 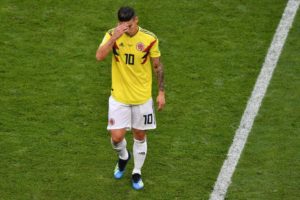 As much as he cheered for his beloved Colombia from the bench, he couldn’t help but see them lose to the Three lions. A devastated James tweeted a heartbreaking picture to convey his emotional status. A tweet with no words, yet so powerful that everyone could feel what he was going through.

While England were busy celebrating their win, Liverpool captain Jordan Henderson showed a bit of class and sportsmanship. While his game on-field wasn’t his greatest, the act of sportsmanship made him win hearts off the field. Colombia’s 26 year old Bayern player sat on the his country’s bench on the verge of pouring out his emotions. A certain Jordan Henderson went upto to him to embrace him as looked devastated after his country’s loss. An extremely classy gesture from the English midfielder. 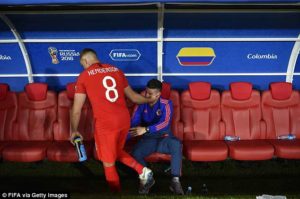 A true act of sportsmanship displayed on a night where he had all the rights to celebrate as he missed his spot-kick giving Colombia an upper hand in the penalty shootout.