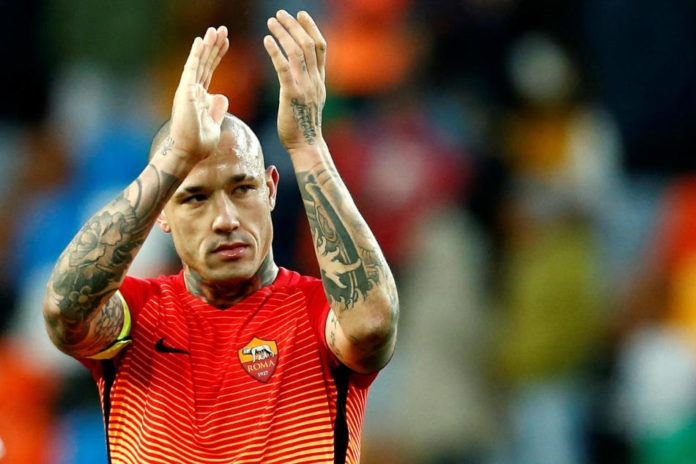 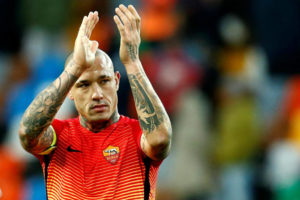 Inter Milan have announced the signing of AS Roma’s star player Radja Nainggolan on a 4 year deal.
The fee is expected to be worth £21million, with two players – veteran fullback Davide Santon and 18-year-old midfielder Nicolo Zaniolo – heading to Roma in exchange.
The 30 year old midfielder who announced his retirement from international football after being dropped from the Belgium squad for the World Cup by the manager Roberto Martinez has scored 28 goals for Roma.
He was also instrumental in Roma reaching the UEFA Champions League Semi Finals in the recently concluded season.

Inter’s sporting director Piero Ausilio said that, “We’re delighted. The Belgian is a real coup for Inter. He is an important player and one that has always been decisive, particularly during his years with the Giallorossi. He is a top player. Today (Monday) we met with him and Spalletti, discussing our tactics for the remainder of the transfer market and not of his renewal.”

He will join a Inter side that finished 4th last season and qualified for the Champions League for the first time in six seasons. The move will also see Radja reunite with his former boss Luciano Spalletti.

We wish Nainggolan all the best at his new club Inter Milan for the upcoming season.