The novel Coronavirus pandemic has caused some major disturbance in the world of sports, and being the most followed around the globe, football was hit the hardest by the virus outbreak. Not only the month of March saw several major events and leagues in Football face cancellation or postponement, a lot of footballers, managers and officials from all over the world have been unfortunately infected by the COVID-19 virus. However, the beautiful game has seen a number of players and clubs who have come forward with charity, donations and aiding against the crisis that has created a worldwide panic.

Following the lockdown in Italy and cancellation of the 2019-20 Serie A season, the country’s heavyweights AC Milan joined up with its charity foundation Fondazione Milan to donate €250,000 as emergency support to Lombardy government’s emergency arm AREU.

Cristiano Ronaldo teamed up with his agent Jorge Mendes pledged £1 million to many hospitals in Lisbon and Porto.

Lionel Messi raised over 1 million Euros to aid several hospitals and charitable foundations in Catalonia, Spain and in his home country Argentina.

Zlatan Ibrahimović organised a fundraiser named ‘Kick the Virus away!’, which till now has raised over 300,00 Euros.

In England, the Manchester rivals joined hands together to pledge a combined £100,000 to Trussell Trust, which supports over 1,200 food banks.

Roman Abramovich, Chelsea FC’s owner decided to cover the accommodation costs for the National Health Service (NHS) staffs who are operating from the Millennium Hotel at Stamford Bridge.

Arsenal have jointly pledged a total of £100,000 along with Arsenal Foundation to aid the NHS.

Liverpool donated £40,000 to the North Liverpool Foodbank, and their first-team squad  jointly pledged £40,000 along with LFC Foundation for every remaining home game of the currently suspended EPL season.

Everton aided the North Liverpool Foodbank with donating more than 635 kg of fruit and vegetables.

Crystal Palace forward Wilfried Zaha offered to open up 50 properties in London to aid the work of NHS staffs.

Everton right back Séamus Coleman has launched a fundraises termed ‘Feed The Heroes’, which till now has raised over €300,000.

The Germany national football team together pledged a total of 2.5 million Euros, in association with ‘Wir Helfen’, an online platform that is aiding volunteers and charities in the country.

The Croatia national football team raised over 1.5 Million Euros to help the several charities working in the country, which has also been hit with an Earthquake amidst the virus pandemic.

La Liga giants Real Madrid has donated an undisclosed amount to aid the virus outbreak in the country, as confiemed by Isabel Díaz Ayuso, the president of Comunidad de Madrid.

Bayern Munich stars Leon Goretzka and Joshua Kimmich set up a fund named ‘We Kick Corona’, and til now has raised a total of 2.5 million Euros for charity.

Borussia Dortmund fans have donated more than €70,000 to aid the several bars and restaurants around the Signal Iduna Park stadium.

Ligue 1 elite Paris Saint Germain has donated €100,000 to Secours Populaire Français, a French non-profit organisation which is battling the virus outbreak in the country. 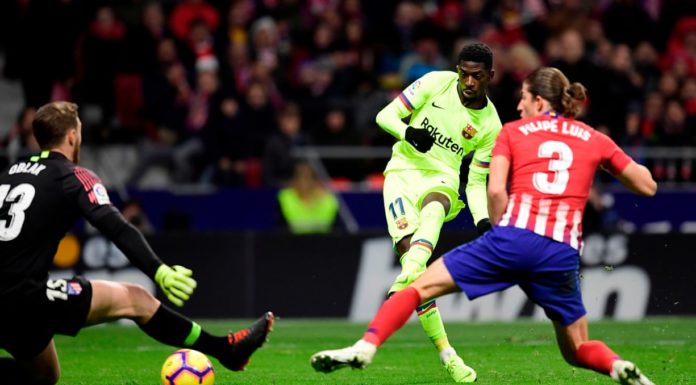 Late drama as Barcelona steal a point against Atletico Madrid!

First win for Pirates as Fortunegiants defeat UP Yoddhas

Twitter reacts to close fought DRAW between India and Belgium

The technology tools powering the future of sport

Dinesh Karthik unconditionally apologises to BCCI after violating his contract

Indian women’s football team qualifies to the second round of Olympics...