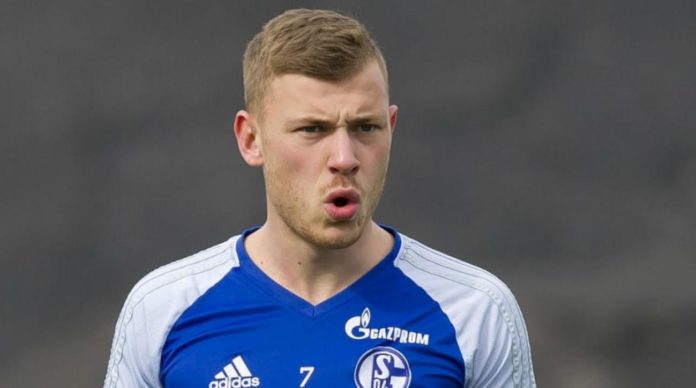 Max Meyer was hailed as the next wunderkind from Germany, but with the new season fast approaching, he is without a club.

Germany has produced some of the world’s brightest footballing talent over the years, with Leroy Sane, Julian Brandt and Timo Werner some of the latest players to be tipped for greatness and Meyer has been included in that list.

The 22-year-old forward was a first-team regular at Schalke for five seasons with the team finishing in second behind Bayern Munich in the Bundesliga last term and reaching the semi-finals of the DFB-Pokal Cup.

The credit goes to Domenico Tedesco, the manager of Schalke, for progressing Meyer on the field by moving him away from a No. 10 position – which he had played in for most of his career – and into a deeper role.

But despite flourishing under Tedesco, Meyer’s relationship with Schalke turned sour in April after he criticised sporting director Christian Heidel, telling Bild: “I simply did not want to stay with Schalke and work under Heidel. It’s all about this. Lately, it just feels like bullying to me.”

He was dismissed from training for the remainder of the season, with Tedesco confused by the change in the relationship, saying: “My impression for a long time was that Max felt at home here. That’s what he expressed to the coaching staff. I’m disappointed at his personal attacks and can’t fully understand them as they simply don’t add up.”

It led to Meyer running down the remainder of his contract until it expired this summer, meaning he is now a free agent – but despite his obvious talent, no one has yet signed him up.

Media reports have linked him with Arsenal and Liverpool while Tottenham were said to be interested at one stage. Other touted destinations are France and even Turkey, although agent Wittmann is targeting a Premier League move.

Since Meyer’s relationship with Schalke has worsened, it looks like he won’t be going back to them anytime soon. With such a risky move this means that the chances of him joining a new club for the 2018-19 season are very thin.