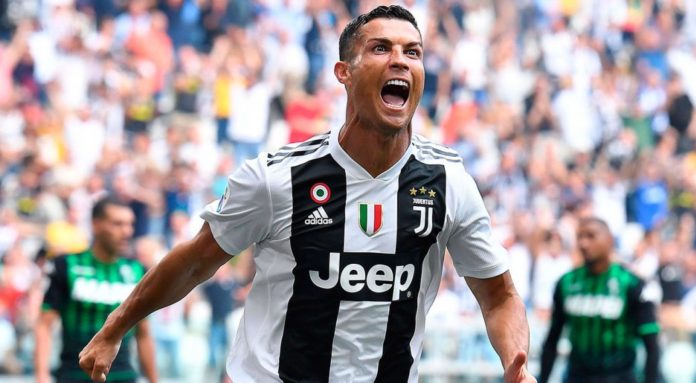 Cristiano Ronaldo ended his goal drought since his move from Real Madrid to Juventus as he scored his first two goals against Sassuolo.

In a video uploaded by ESPN on YouTube, we can see CR7 netting his first goal around the 49-minute mark.

The 33-year-old then finished off a rapid counter-attack by shooting into the bottom corner after 65 minutes.

Sassuolo managed to score one goal in added time via Khouma Babacar. Ronaldo had the chance of scoring a hat-trick but he missed two crucial chances from near the penalty area.

His two goals also saw Ronaldo reaching the 400 league goals mark in Europe and thereby becoming the fifth player to do so.

The Juve crowd celebrated Ronaldo’s first goals for the club impassionately, while the forward’s girlfriend and son were also in the gallery to cherish the moment.