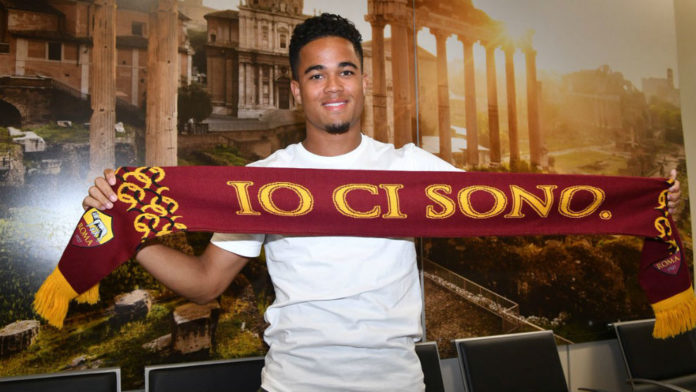 Dutch youngster Justin Kluivert joins Roma for a reported fee of £15m[€17.25m].
The youngster has signed a 5-year contract with the ‘i giallorossi’ after he was linked for a move to Manchester United. He is the son of Barcelona and Netherland icon, Patrick Kluivert.
“I’m feeling great,” Kluivert told the club website. “I’m at an unbelievable club and I can’t wait to start.”
“I think Roma is a great club for me – I think they can build me into a bigger, stronger player and I can do some nice things here.” 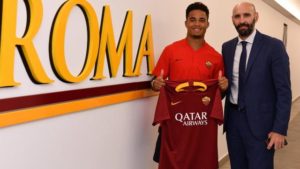 Kluivert made 30 appearances for Ajax this previous season and scored 10 goals. He also got his full debut for the Netherlands during a 3-0 win over Portugal.

Monchi the football director at Roma also has big expectations of him.
“Justin is already one of the most exciting young players in European football.”
“It was not easy to bring him to Roma ahead of a number of clubs. But Justin believes Roma is the perfect place for him to continue his development and realise his enormous potential.”

He appears to be ready for his new challenge at Roma, what are your thoughts regarding it? Let us know in the comments below!