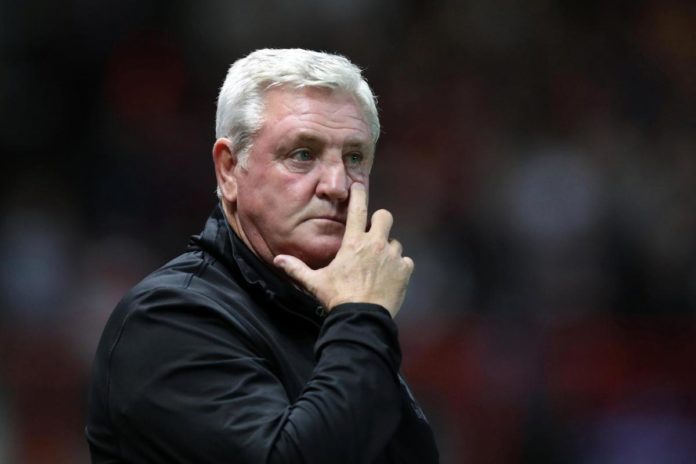 A fan hurled a cabbage at Aston Villa manager Steve Bruce while a match between Aston Villa and Preston was going on.

The match ended in a 3-3 draw with Yannick Bolasie of Aston Villa scoring in the final moments of the game but Chris Maxwell saved Glenn Whelan’s penalty deep into stoppage-time to deny Villa victory in the Sky Bet Championship.

The 57-year-old was clearly furious after the outcome of the match and the personal attack added more fuel to the fire.

“To say it’s disappointing is an understatement for a club like this, (the cabbage was thrown) before we had even started,” said Bruce, after Jonathan Kodjia and Tammy Abraham had given Villa a 2-0 lead.

“The guy who is being questioned…unfortunately, it sums up the society we are in at the moment. There’s no respect for anyone.

“Certainly for someone like him, I’m surprised he knew what a cabbage was. I find the whole thing hugely disrespectful.”