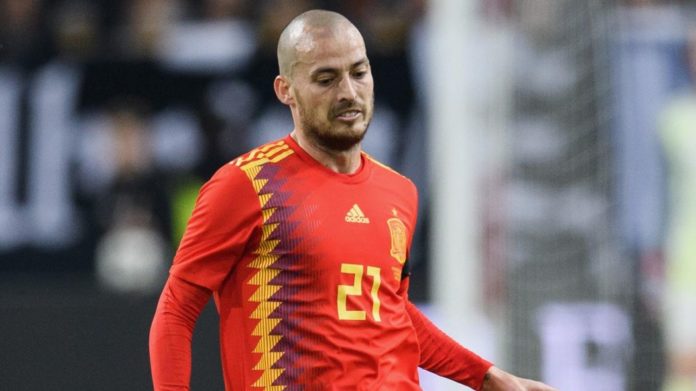 The 32-year-old Spaniard has decided to call it a day and hang up his boots.

The Manchester City and  Spain national team midfielder has made 125 appearances for his country where he has scored 35 goals after debuting in 2006.

El Mago has made 249 appearances for Manchester City since 2010 and has scored 48 goals. In Man City, Silva has won almost every bit of silverware.

Silva announced on Twitter that he was “very proud” of his achievements and that his decision to retire was one of the most difficult decisions of his career.

He also said: “I lived and dreamed with a team that will forever be remembered.

“It has not been easy, after all I’ve experienced, to write these lines.

“I’ve spent days and weeks considering this. The national team gave me everything and helped me grow as a player and a person.

“I leave proud and happy, bringing an end to a time full of emotions and memories, like of the figure of Luis Aragones, a maestro who will never be forgotten.”

Aragones who coached the Spanish team to victory at Euro 2008 passed away on 1 February 2014 aged 75.

After Andres Iniesta and Gerard Pique, David Silva is the third Spaniard to retire having played in the 2018 FIFA World Cup.