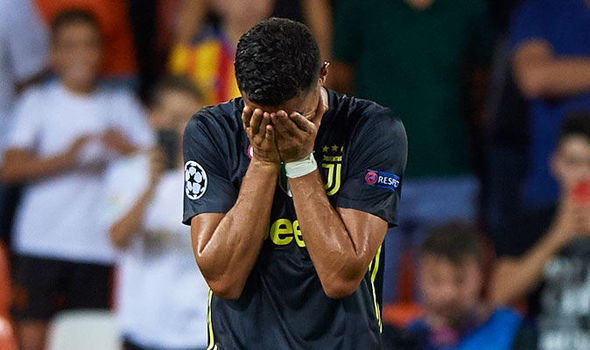 Cristiano Ronaldo was visibly distraught when he was sent off Wednesday night on his Champions League debut for Juventus against Valencia.

Ronaldo apparently tugged the hair of Valencia defender Jeison Murillo near the 29-minute mark when he was refusing to get up from the ground.

The action caught the attention of the linesman and he pointed it out to the referee who after some conversation with the players of both the teams showed a straight red card to Ronaldo.

The decision took the football world and social media by storm as many have been protesting against the ref’s decision which is seemingly one of the weakest decisions ever.

The match’s outcome, however, was on Juve’s side as they went on to beat Valencia 2-0.

Watch this video below uploaded by YouTube channel NugoBasilaiaa to see what happened: