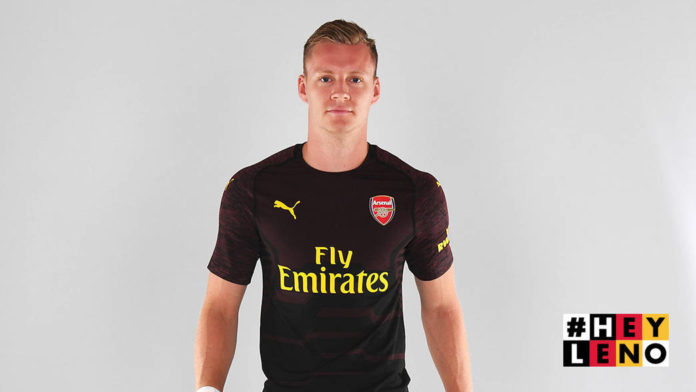 Bernd Leno has joined the Premier League giants, Arsenal from his boyhood club, Bayer Leverkusen for a reported fee of €22m(£19.2m).

He has also been handed a 5-year contract. He turned down Napoli to join the Gunners.

The 26-year-old made 230 appearances for Bayer Leverkusen for the 7 seasons he was at the club and 6 for his country, Germany but wasn’t included in Joachim Low’s 23-man squad for the World Cup. 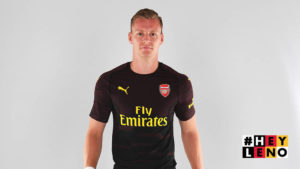 He is a Stuttgart Academy product, who holds the distinction of being the youngest goalkeeper to feature in a Champions League fixture when he played for Leverkusen against Chelsea in 2011 at just 19 years and 193 days old.

Happy and proud to play for this great club @Arsenal in the future! I’ll do my best and I‘m looking forward to the start of the new season as a Gunner. 💪😉

Arsenal’s head coach Unai Emery told the club’s website: “We are very pleased that Bernd Leno will be joining us.”
Leno will become Emery’s second official signing since replacing Arsene Wenger at the end of the season, with former Juventus defender Stephan Lichtsteiner joining on a free transfer.

Thanks for all of your hard work and dedication, Bernd! We wish you all the best in this next phase of your career! ⚫️❤️ pic.twitter.com/8QGL6LBv0e

The #Bundesliga bids you farewell, @Bernd_Leno 👋

And here's a taster of what @Arsenal fans can look forward to in the coming seasons 👀 pic.twitter.com/p4iMPqbFEg

Let’s see how well he fares in the physical football in England. Write down in the comment section below of what you feel!