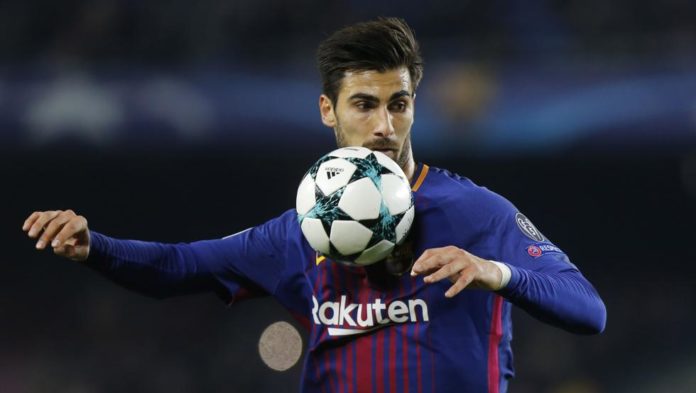 The new Arsenal coach, Unai Emery has targeted the 24-year old midfielder and believes that he would be a perfect addition for the Gunners.

The fact that Andre Gomes is not wanted by Barcelona’s gaffer Ernesto Valverde has further fueled Emery’s desire to bag him in from Camp Nou. Emery is vested in Gomes so much so that he’s willing to sell one of Arsenal’s top players, Aaron Ramsey.

According to English newspaper ‘The Independent’, Arsenal are willing to offer a fee of around 30 million euros for Gomes if they are able to sell Ramsey first. This would see Barcelona recover most of the 35 million euros they paid Valencia for the player.

Apart from Arsenal; Tottenham Hotspur, Chelsea and the Wolves are also interested in Gomes.

Football: Twitterati reacts to Neymar diving throughout the World Cup