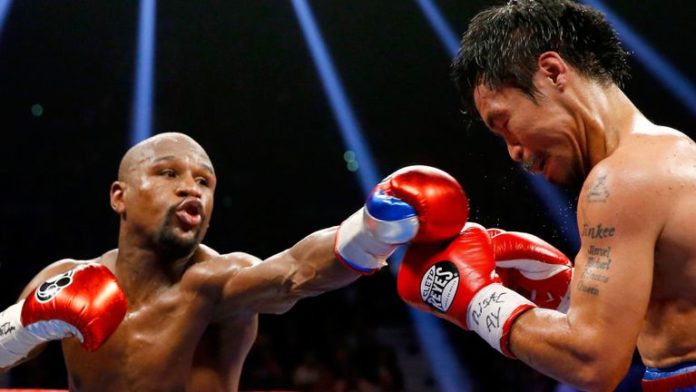 It’s been more than three years, ever since the biggest fight in the history of boxing between Floyd Mayweather and Manny Pacquiao took place and Floyd beat via unanimous decision, the fight didn’t live up to the hype and instead left a bad test in people’s mouth. Many boxing aficionados even argue that it hurt the popularity of boxing, which is later debunked considering we have had so many boxing office hits after that. 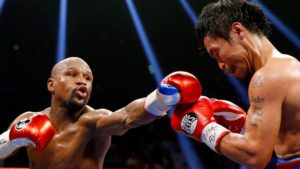 However, Pacquiao and Mayweather met at an EDM (electronic dance music) concert in Tokyo, Japan Saturday, more than three years after they fought inside the MGM Grand Arena in Las Vegas.

Mayweather posted a short video clip of the meeting on Instagram, and in minutes it drew over 140,000 views and has almost 1.4 Million views in two hours.

I’m coming back to fight Manny Pacquiao this year. Another 9 figure pay day on the way @mayweatherpromotions

Saturday’s Instagram posting includes a video of Mayweather and Pacquiao talking to each other at an event, although it is difficult to hear what the men are saying. Mayweather included no details about the potential matchup in the post.

Floyd Mayweather last fought on 26th August 2017 where he stopped UFC superstar Conor McGregor in the tenth round and made $285 Million and was the highest paid athlete of the year, out-earning the #2 ranked athlete by well over a $100 Million.

Whereas, Manny Pacquiao is coming off of an impressive knockout victory over Lucas Matthysse in Kuala Lumpur, Malaysia.