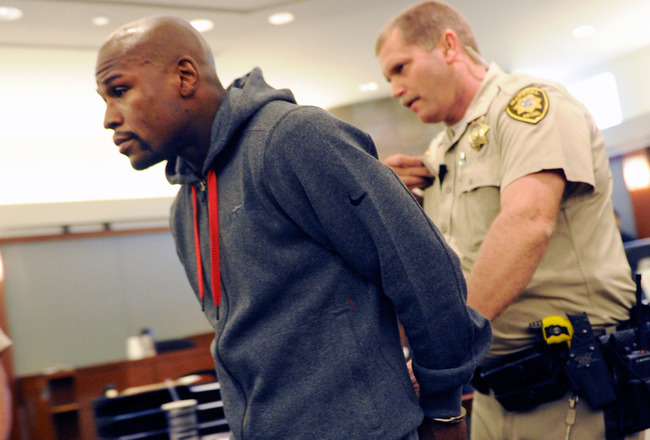 Floyd Mayweather might be the greatest boxer of this era and his record of 50-0 is proof of that. He has beaten 24 world champions which is a record in itself.

Over the years he has made a lot of money, in fact, he announced last year that his career earnings have eclipsed $1 Billion and he is only the third athlete in history to cross that magical number after Michael Jordan and Tiger Woods. 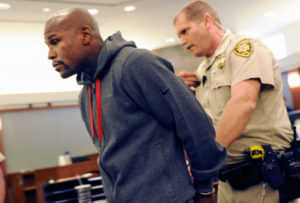 As great as boxer Floyd Mayweather is inside the ring, he has an equally dark past. He has a history of alleged domestic violence case against him. Although, he has always said that there is no photographic evidence against him. Whenever anyone tries to bring his past, he subtly answers: “Only God can judge me“.

“Everything has been allegations,” Mayweather told The Guardian in 2015, despite court cases that said otherwise. “Nothing has been proven. So that’s life.”

When the news organization pressed him about the contradiction, Mayweather responded, “Once again, no pictures, just hearsay and allegations.”

But as much as Floyd would say that there has never been photographic evidence of his misdeed, he has served jail time.

The very first case filed against him was back in 2001, he punched Melissa Brimm the mother of his daughter Iyanna, in the neck during an argument over child support at a Las Vegas mall. In March 2002, according to the Las Vegas Review-Journal, he pleaded guilty to two counts of battery against Brim and received a suspended sentence.

A Twitter user compiled a list of domestic violence and misdemeanour charges filed against Floyd Mayweather and it’s very sickening.

Does this list change your perception about Floyd Mayweather?