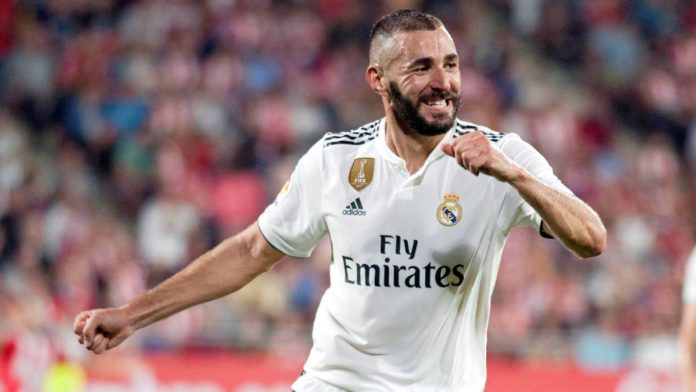 Real Madrid President Florentino Perez has come out in praise of the club’s centre forward Karim Benzema in a talk with France Football after being questioned about Real’s prospective hunt for a number 9 in the upcoming summer transfer window. The Frenchman was hailed as the best player in the world in his role by Perez, insisting that the club need not spend for the sake of spending. 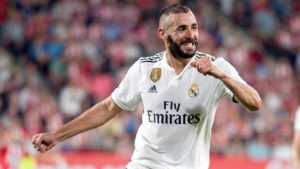 Real’s fortunes have taken a turn for the better in the past few weeks after what has been a below par season for the cub’s lofty standards. Number 9 Karim Benzema’s form has also improved along with the club’s with the Frenchman scoring six in his last six appearances under manager Santiago Solari.

“We will not spend for the sake of spending. For years I have read that Madrid needed to sign a number nine, when in reality, Karim Benzema is the best centre forward in the world.”, Perez told France Football. Real has been linked with strikers like Harry Kane, Marcus Rashford, Luka Jovic and Edinson Cavani but the president insists that there is no need for an extra striker at the moment.

Perez thereafter emphasized on the importance of keeping the club’s future safe by signing young talent and giving them first team exposure. “What we have done is sign very young players who will be the stars of the future, like Vinicius and Rodrygo. Our objective is to be the best, the club must live up to its history.”

Los Blancos face Ajax in the Champions League round of 16 on Wednesday before hosting Girona on Sunday in the La Liga.