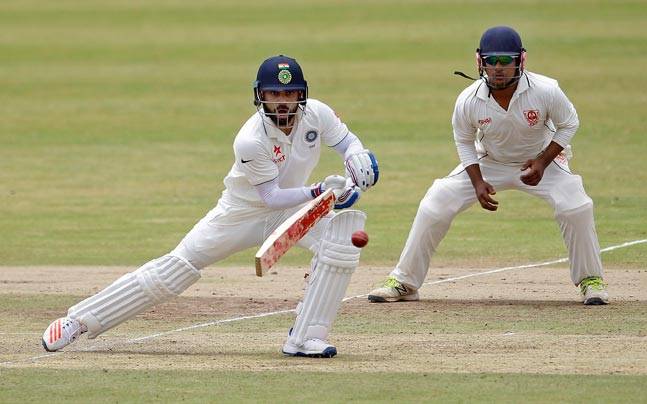 There’s a reason why Test cricket is considered as a pinnacle of the sport. One: It offers an equal balance between bat and ball and Two: Over a long period of time, nothing reciprocates the essence of cricket like the five-day marathon can.

With the emergence of T20 franchise cricket and the IPL in particular, many feared that cricket is losing what it is actually intended to provide and becoming more of an entertainment value. For starters, franchise cricket surely fills the coffers of the boards like never before, but Test Cricket still maintains its status as the unequivocal zenith of the sport.

Test cricket not just puts the players through a toiling battle, but also tests their mettle, talent and fighting spirit to the very extreme. There is no easy way out. Players have to fight it out with every ounce of what they have till the sun sets.

And pitches do play a quintessential role in making Test cricket grand.

As Test cricket returns to India in more than a year, the flat pitches at the MA Chidambaram Stadium in Chennai are firmly under the scanner.

Incidentally, the last Test match to be played at the venue was between the same teams over four years ago, in December 2016. India racked up 759/7 with Karun Nair scoring an unbeaten 303 and KL Rahul scoring 199 in response to England’s 477. India went on to win the Test and a whopping 1,443 runs were scored over a five-day period.

“I see flat pitches as a huge problem for the health of cricket,” Virat Kohli had said when he took over the reins of the Indian cricket team from MS Dhoni. Since the turn of 2016, there has been a steady but significant shift in the way India have approached their home Test matches. For a large part of India’s Test cricket history, India has been blessed with crafty spinners who have managed to spin a web around the best of batsmen and be successful on flat wickets, which invariably turn Day 3 onwards.

While taking nothing away from the natural talents and skills, the spinners have been largely aided by the dry dust bowls in India, where the batsman could make hay the first couple of days and after footmarks were created, spinners wreaked havoc on the last couple. Docile decks have been a regular concern for members of the fast bowlers’ cartel – past and present.

Over a few decades, India has always presented a certain blueprint and nature of pitches. But when Kohli assumed full-time Test captaincy in 2015, he made it very clear, he wanted to win overseas. He wanted to be captain of a team that not only won at home but became a champion side even out of their comfort zone.

One could see the change in the way the sporting nature of pitches in India, which assisted both the spinners and pacers in equal measure. It allowed Test cricket to be a better spectacle than just be drab boredom of high-scoring charades.

We thought he would be a useful addition to the team as England havent faced left arm chinaman. Wicket looks flat off straight and average 1st innings total 350 and 4th innings is 80, England need 1st innings runs #INDvENG

What cricket fans witnessed in Australia is fast, lively wickets-which ensured battle of equals between bat and ball. When the International Cricket Council (ICC) promotes Test cricket as the pinnacle of the sport, they have to ensure that it is met with a spectacle that it deserves. Given the nature of the wickets in Australia, bowlers were always in the game which made it an intriguing game of cat and mouse with all the players getting an equal keel to showcase their talents.

Going by the flat, placid nature of wicket during the first Test in Chennai, bowlers have almost no chance of producing such a result and this is why Indian bowlers deserve better pitches on home soil too, which are called ‘sporting’ wickets. So named because they offer bowlers a sporting chance.

Cricket fans savour the aspect of watching a genuine fast bowler trouble a good batsman. There is the physically challenging side to bouncy wickets that makes watching a Test match in Australia and South Africa different from watching one in Sri Lanka or India.
While the torturous deck is not always apparent to the untrained eye – it often unsettles the contest that Test cricket deserves- on a flat, lifeless surface.

This Indian side has all its bases covered and dishing out an unsporting wicket will be unjust to this team’s chances of making a good case for themselves. Hopefully, the BCCI curators will take note and prepare more sporting wickets for the other three Tests.
Test cricket is here to stay and may it continue to flourish and spread its wings.