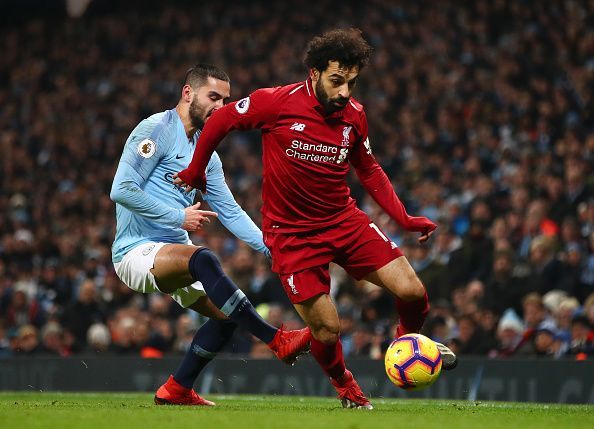 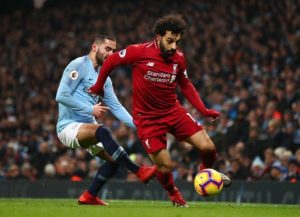 Although, one of the biggest headlines of the game was that Reds ace Mohamed Salah once again blanked in front of a top-six opposition. The Egyptian has a poor record against the big teams this campaign, having scored just one goal in the seven appearances thus far.

However, Salah’s poor form against Liverpool’s rivals dates back to last season. The 2017/18 PFA Player of the Year has the tendency to drop off against quality oppositions and similarly, teams have also found a way to lock him down.

Despite his struggles, Salah did score eight goals in 10 matches against the top six last season but this term, his form has been drastically different. His only goal and assist this campaign came in the 5-1 demolition of Arsenal last weekend whereas last night at the Etihad, the former Roma winger racked up just 32 touches, one dribble and one shot on target in 90 minutes.

Mohamed Salah registered just 32 touches against Man City, the fewest among all players who started the match.

As for Liverpool, their next 10 fixtures are more than favourable as bitter rivals Manchester United are the only stern test in their title challenge. On the contrary, Salah has been deadly against the mid-table and lower ranked Premier League teams this campaign (12 goals and 7 assists).

It shouldn’t be long enough until Mo Salah puts yesterday’s performance behind him and starts firing in the goals once more and bring Jurgen Klopp’s men back on track in the league.