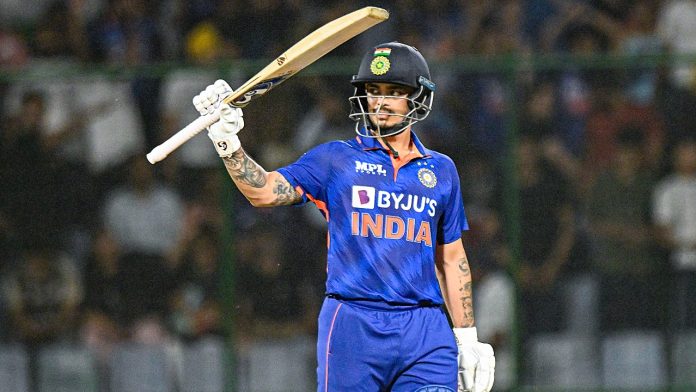 The battle for Asia’s supremacy will begin on 27 August and the final will be played on 11 September. Team India will be looking to create history and win the Asia Cup title three times in a row, a feat no other team has achieved in this century.

On Monday, 8th August, Indian selectors announced a 15-man-squad for the mega event. The squad had some expected changes like the comeback of Virat Kohli and KL Rahul and some major blows like injury to Jasprit Bumrah and Harshal Patel which has ruled them out of the series.

But there were a few omissions which got the cricket World talking and criticising the team’s selection. A few Indian players would find themselves unlucky to miss out on the main squad. Let us have a look at those players who have unfortunately missed out on the Asia Cup squad.

Here are five players who are unlucky to miss out on the Asia Cup 2022:

The exclusion of Mohammed Shami has been the major point of debate in the cricketing fraternity. Even when India’s main pacer Jasprit Bumrah got ruled out of the tournament, selectors overlooked the veteran pacer.

Indian selectors want to give chances to new talent like Arshdeep Singh and Avesh Khan. If you are also looking for new casino sites in India, then Betting in India is your go-to site.

Shami is an experienced campaigner for the Men in Blue and he recently played a critical role in the IPL title-winning performance of Gujarat Titans in their debut season. Many experts still see Shami as a major prospect for India in the T20s.

Axar Patel is one of the three players who have been kept as reserve players for the Asia Cup. But Axar Patel has done everything in his power to make his claim to being a part of the Indian squad.

Axar Patel gave a Player of the Match performance in the last T20I between India and the West Indies. He also shined with the bat in the ODI and T20 series where he finished games in MS Dhoni style.

Axar can also bowl in the powerplay, which is a phase where Jadeja hasn’t been as effective. But the team management stuck with their experienced all-rounder which meant that Axar Patel had to miss out on the squad.

Left-handed hard-hitting opener Ishan Kishan is currently India’s second leading run scorer in T20Is in 2022. He is known for giving an explosive start at the top and Kishan was recently the number 6 batter in ICC T20I rankings.

But the return of regular opener KL Rahul meant that selectors had to sacrifice Ishan Kishan. Rahul is the designated opener for India in T20s and has an excellent record with Rohit at the top. Kishan would consider himself unfortunate and will have to wait for his time.

From once being hailed as India’s main spinner overseas to being left out of the Asia Cup squad, Kuldeep’s career has seen it all. After a phenomenal comeback for the Delhi Capitals in the IPL, it seemed like we will once again see the duo of Kul-Cha in Indian colours spinning webs around the opposition teams.

But a series of injuries ruled Kuldeep out of action after the IPL. He played the last T20I against the Windies and did extremely well but it wasn’t enough for him to make a place in the team.

Selectors picked young Ravi Bishnoi as a backup for frontline spinner Yuzi Chahal. But experts have claimed that Kuldeep would have brought variety to the attack. Kuldeep has also troubled the likes of Babar Azam and Fakhar Zaman in the past. Hence, the exclusion of Kuldeep might be a double-edged sword.

Sanju Samson possesses immense talent and ability. Over the years, he has given match-winning performances in the IPL for Rajasthan and even led the Pink Army to their first final after 2008 this year.

But he hasn’t been able to convert those performances for Team India. Lately, he was showing a glimpse of what he can do with a number of crucial innings against the West Indies in ODIs and T20s.

He was seen as a potential backup keeper for Rishabh Pant. But consistent finishing by Dinesh Karthik has ruled out the chance of Sanju Samson’s chances in the Indian T20 set-up. Ultimately, he had to miss out on the Asia Cup.