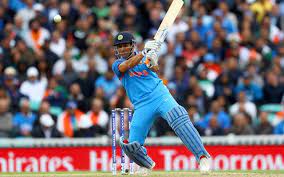 The Indian legend MS Dhoni turns 41 today. Since making his debut in 2004, MS Dhoni has changed the face of Indian cricket forever. He is undoubtedly one of the best captains the world has ever seen and his accolades are enough to prove his worth. Dhoni has led India to every ICC trophy and has even won the ICC Test mace in 2009-10. 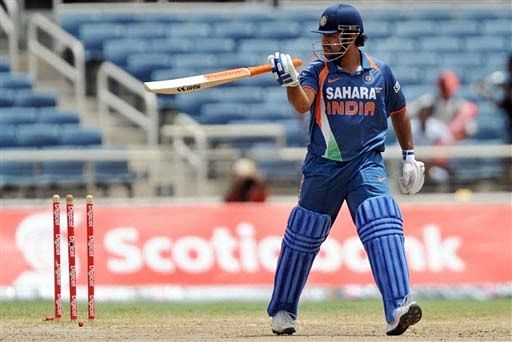 However, a lesser-known fact about MS Dhoni is that the great wicketkeeper had a great skill to save his team from collapses. Dhoni had the cricket instinct and experience to manoeuvre the game with the perfect balance of counterattack and defensive approach. Now that the former Indian skipper turns 41 today, let’s take a look at five instances where Dhoni saved India from a collapse. 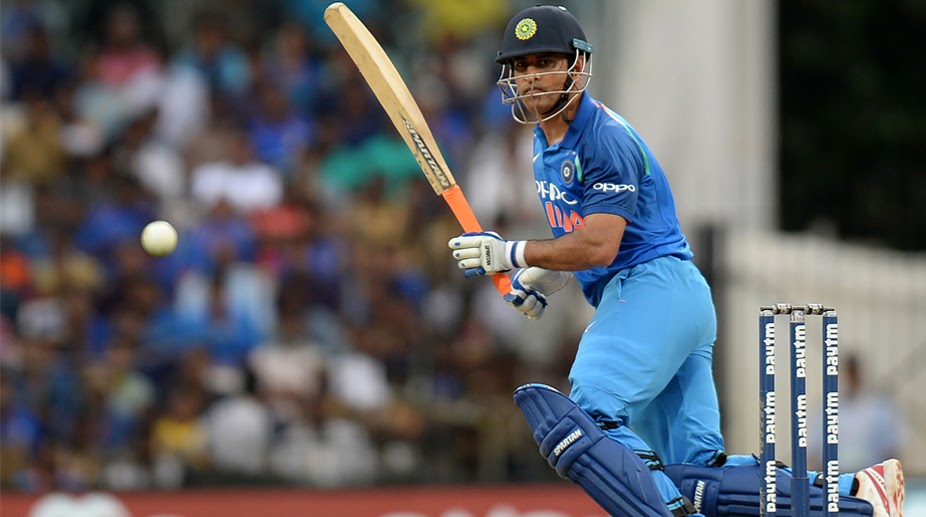 In 2017, MS Dhoni was at the fag end of his career and experts were criticising his place in the team. But in the 1st ODI between India and Australia, Dhoni exactly showed his worth to the team even at the end of his career. Playing at his beloved CSK’s home ground at MA Chidambaram in Chennai, Dhoni stepped onto the field when India was reeling at 64-4. The Australian bowlers had their confidence sky-high.

However, Dhoni along with Hardik Pandya played perfect rescue innings for India. Dhoni played till the end and took India to 281 with his masterful 79 which included 4 fours and 2 sixes. In the end, India won the game in a rain-affected game. 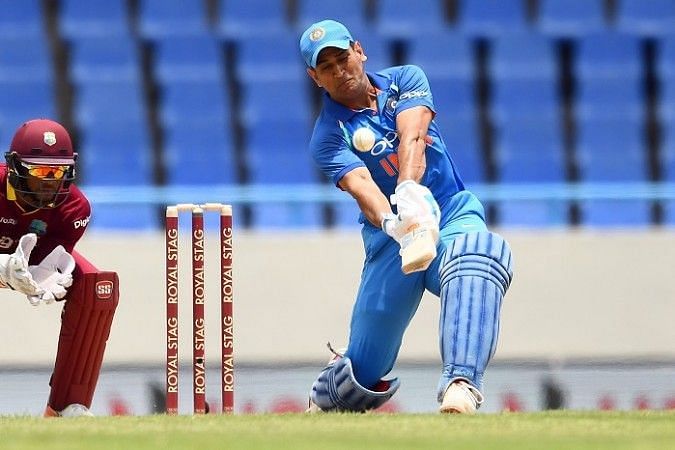 India toured West Indies in 2009 during their bull run in ODIs under Dhoni. The Indian team were asked to bat first and conditions were helpful early on for the bowlers. Hence, West Indies took full advantage of that and reduced India to 7-3. However, Yuvraj Singh and MS Dhoni got together and started stitching a partnership. Unfortunately, Yuvraj was dismissed with the score at 54 and India collapsed from there to 82/8. Dhoni was the last man standing and came to the rescue.

He wasn’t at his fluent best but on a tricky pitch, he put his head down and dug in and kept accumulating runs while farming the strike. He brought up a record 100-run partnership with RP Singh for the 9th wicket of which the latter had scored only 23.

Dhoni had dragged the innings to the last over, and although he couldn’t get to his 100, the 95 was as good as any other innings of his. India did not end up winning the match, but it was another game which showcased the extraordinary ability of Dhoni to stand up whenever the team required him to. 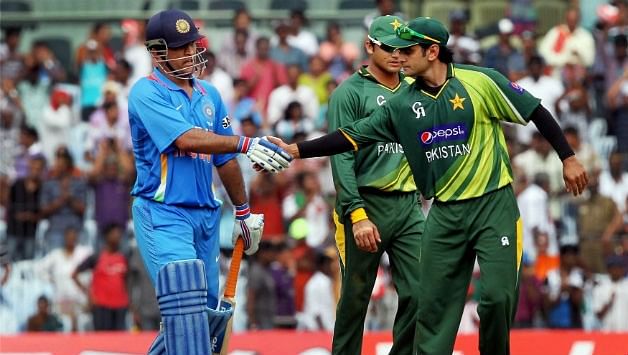 The encounter between India and Pakistan has always been a high-voltage game. The two giants collide in a white ball series in 2012-13. Batting first in the game being played in Chennai, to the shock of all Indian fans India collapsed to 29-5 within 10 overs. The overcast conditions assisted the Pakistan pacers and they made full use of it by pitching the ball in the right areas and destroying India’s top order with Junaid Khan picking 4 wickets.

Indian fans feared India may collapse to one of their lowest totals ever that too against their arch-nemesis. But Dhoni saved India the blushes big time. He had a useful partnership with Raina, who scored 43 and then a 115-run partnership with Ravichandran Ashwin and finished with a magnificent 113.

He weathered the storm initially where he was thoroughly tested by the fierce Pakistan pace attack. Despite not having an accomplished partner at the other end for a majority of the innings, he accelerated as much as he could to give a fighting total. India did not win the game in the end but because of Dhoni, they had should a fighting spirit. 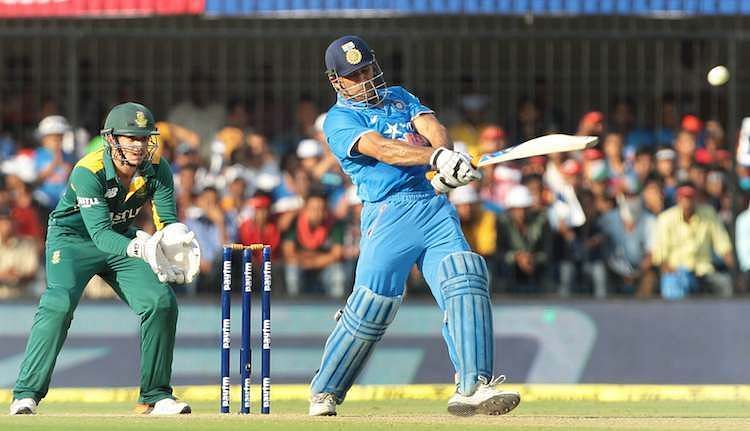 The ODI series against South Africa was a forgettable one for Team India. In the first ODI, India lost a close match where Dhoni was unable to finish the game in the last over. The result of the match drew in a lot of criticism for Dhoni with a lot of people pronouncing that Dhoni was done.

In the 2nd ODI, India was again staring down the barrel and a potential 2-0 deficit in the series after the middle order had collapsed again and India was placed at 124-6. Dhoni took the matter into his own hands. As he had done well all his career, he set out to first build partnerships and then eventually went for the final onslaught and successfully managed to get 72 runs off the last 8 overs.

India managed to defend 247 and ultimately won the game by 22 runs. Expectedly, Dhoni has adjudged the player of the match award for his rescue knock. 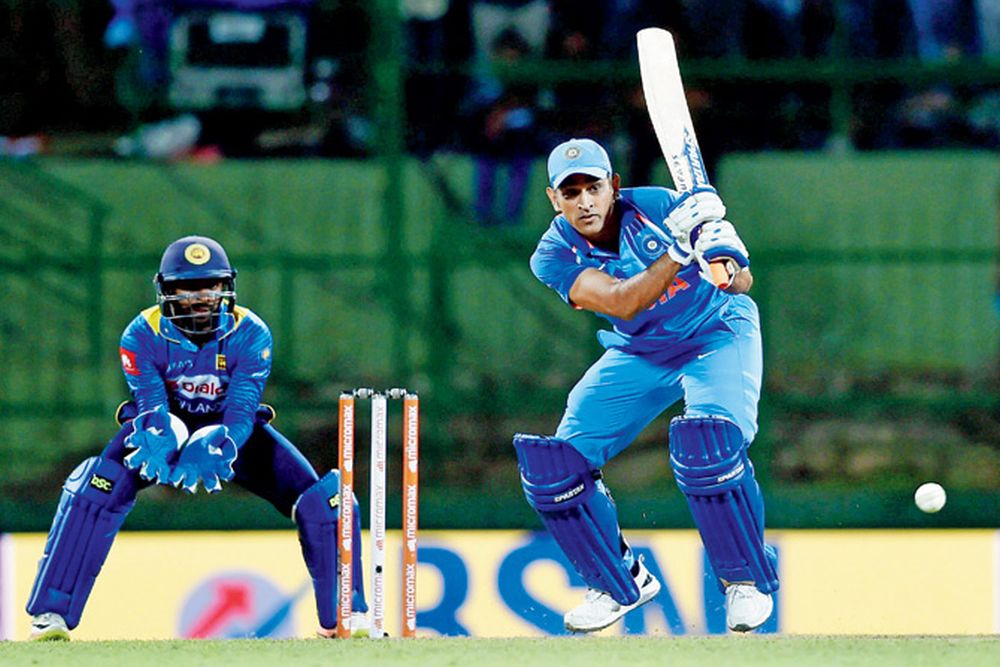 The Indian team dominated Sri Lanka on their tour to the island nation in 2017. However, the Men in Blue did get a couple of scares during their tour. In the second ODI, chasing a modest target of 231, India seemed to be galloping away to another easy win when they were 108 for no loss in just 15 overs.  But Akhila Dhananjaya had different plans. The crafty offie bowled a dream spell and had India somehow reeling at 131-7 picking up 6 wickets in just 4 overs.

While it looked like India would taste their first defeat on their tour, it was that man again M.S Dhoni who would have none of it. Dhoni, along with Bhuvneshwar Kumar, successfully played out the remaining overs of the dangerous Akhila and got together building yet another partnership over by over.

The stand-out part about this innings was the fact that Dhoni backed Kumar. He kept giving him confidence and guided him right through the innings. As a matter of fact, Bhuvneshwar Kumar who had grown immensely in confidence towards the latter part of the innings actually outscored Dhoni and brought up his half-century and sealed a tough victory for India.