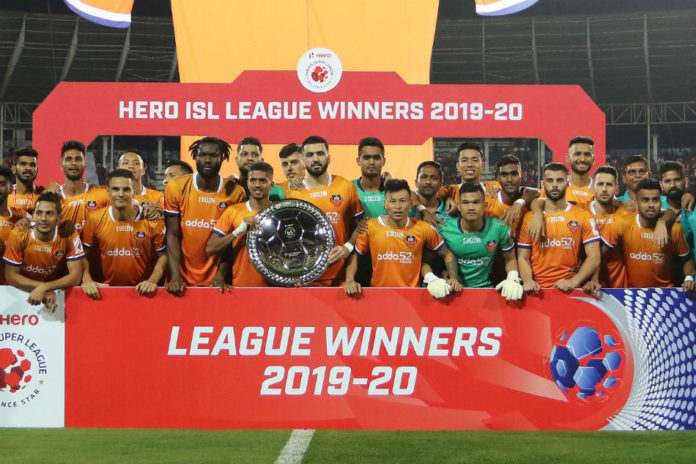 The new ISL season is edging closer with managerial changes, new signings arriving and new teams on the horizon. With all that going on, it can be hard to know where to focus your attention. Here I look at five things to watch as the 2020/21 ISL season nears.

How will the teams deal with Covid protocols?

The 2020/21 season is only the seventh year of the ISL meaning it’s still very much in its infancy compared to other leagues around the world. With that in mind, the Covid-19 restrictions could have a big part to play. Firstly, there will be no fans for the duration of the season. That’s already confirmed. 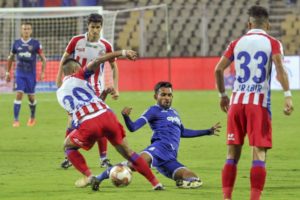 On top of that, the season will take place at just three venues all based in Goa with strict rules in place around player support bubbles. This is more similar to the way the NBA playoffs took place at Disney World as opposed to how European football has been reintroduced (click here to know more about the NBA season).

Of course, you would expect the best teams to remain at the top end of the standings but team spirit and leadership qualities will be worth an extra percent or more in games and it could see a surprise package or two emerge.

What will Csaba Laszlo bring to Chennaiyin?

For one thing, the newly appointed Laszlo brings a vast amount of experience with him and that will see the former Hearts and MTK Budapest coach quickly get to grips with his new players. Last season the team set up with a back four, two deeper midfielder players and then three players who were given freedom to play behind a lone frontman.

Laszlo will probably stick with that 4-2-3-1 set up initially but he’s likely to want his team to be adept at multiple formations to ensure Chennaiyin can impose their game on anything their opponents try to spring on them.

The other area where Laszlo will be keen to develop is with respect of how younger players can find their way into the first team. It’s something the Hungarian-Romanian has done everywhere in the past.

With the likes of 19-year-olds Samik Mitra and Aman Chetri already having been promoted from the B side it shows the new gaffer is offering more than empty words. If things fall into place then Laszlo could well bring positive, energetic and, most importantly, winning football to the club.

What can we expect from East Bengal?

East Bengal FC have been knocking around for a while, but the upcoming year will be their first taste of the ISL. They’ve been extremely busy in the market too trying to build a more competitive squad. Most of their efforts have been centred around the Indian market with a blend of talented players with room for development – such as left back Lalramchullova – and those with more experience under the belt, like Cavin Lobo.

They’re not stupid though and recent rumours have seen them linked to former Barcelona and Stoke City attacker Ibrahim Afellay. If they can pull off a coup like that along with the balanced squad they’re building then they could have a decent season laying in ahead. Don’t expect to see them struggling near the bottom.

Could Facundo Pereyra emerge as signing of the season?

Pereyra might be getting on a bit now at 33-years-old but with Kerala Blasters snapping him up on a free his signing could prove a masterstroke. The Argentinian boasts ridiculous versatility, but his preferred role is to operate in the hole behind the strikers.

He has been incredibly good at it over the years too and shows few signs of slowing down. His last season at Apollon Limassol didn’t see him spend as much time as he would have liked on the pitch, but he still averaged a goal contribution every 206 minutes.

The year prior, Pereyra served up one of the most productive spells of his career as he bagged 11 goals in 20 league games. If he can replicate that form in the ISL then he and Sergio Cidoncha could be one of the best midfield pairings in the league.

This is the question on everybody’s lips. For the first time ever there is no reigning champion because last year’s winners, ATK, have merged with Mohun Bagan. Immediately, they’ve been installed as the favourites for the crown.

The likes of Roy Krishna, Edu Garcia and Carl McHugh ensures they’ll have some crucial stability in the ranks whilst new faces such as Indian internationals Manvir Singh and Subhasish Bose bring both additional quality and further experience of the league.

That’s not their business done though. They’ve recently announced the signing of one-time Newcastle United youngster Brad Inman. Inman can play in several midfield roles and has a boat load of ability if he can adapt to the country after jetting in from Brisbane Roar. The squad is already one that could compete for honours and I suspect they’ve got a few more tricks up their sleeve too.

There you have it, five things to watch as the ISL return edges closer. What are you most looking forward for?