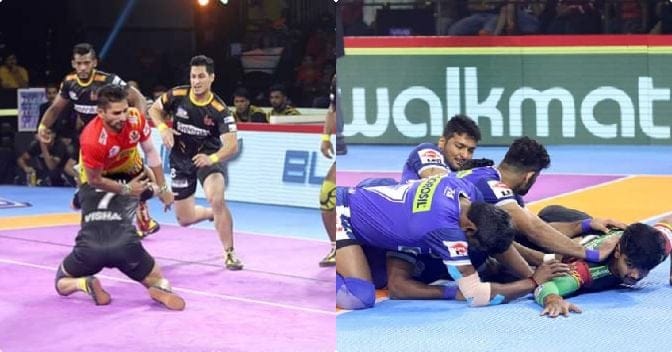 The second day of the Ahmedabad leg of Pro Kabaddi League season 7 saw the Telugu Titans win their first game of the season after 3 weeks of scintillating and breathtaking Kabaddi. The Haryana Steelers went on to defeat the defending champions Bengaluru Bulls as they won from the jaws of defeat courtesy a super-10 by star raider Vikas Kandola who was very well complemented by the captain and veteran defender Dharmaraj Cheralathan and Vikas Kale. Two-times runner ups Gujarat Fortunegiants lost their fourth game in succession as the hosts are yet to win in their home leg at the EAK Arena. 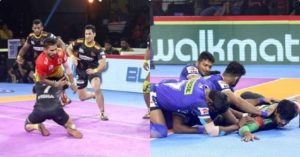 A comeback of all sorts for the Steelers courtesy a super performance by Raider Vikas Kandola who eventually completed his super-10 en-route to help the Haryana Steelers win two games on the trot by defending three-time champions Patna Pirates and defending Champions Bengaluru Bulls. The Captain of the Bulls, Rohit Kumar completed 600 points his PKL season by scoring a super-10 but that wasn’t enough to help the Bulls win the game.

A super show by the Titans Star Defender Vishal Bharadwaj and Star Raider Siddharth Desai helped the Titans win their first game of the season and inflict the fourth consecutive loss on the Gujarat Fortunegiants who are yet to open their account in the Ahmedabad leg of Pro Kabaddi League Season 7.