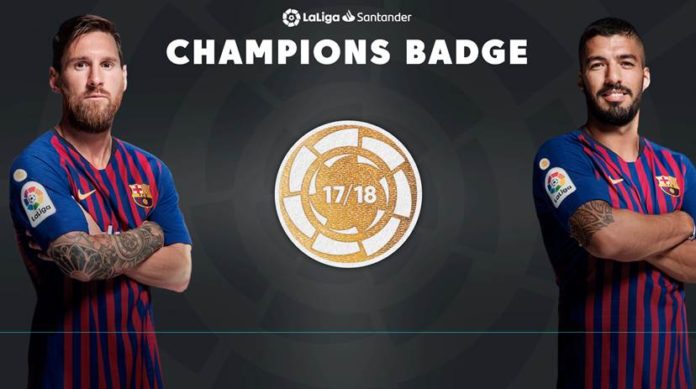 Having won LaLiga Santander in 2017/18, FC Barcelona becomes the first team to display the special patch. 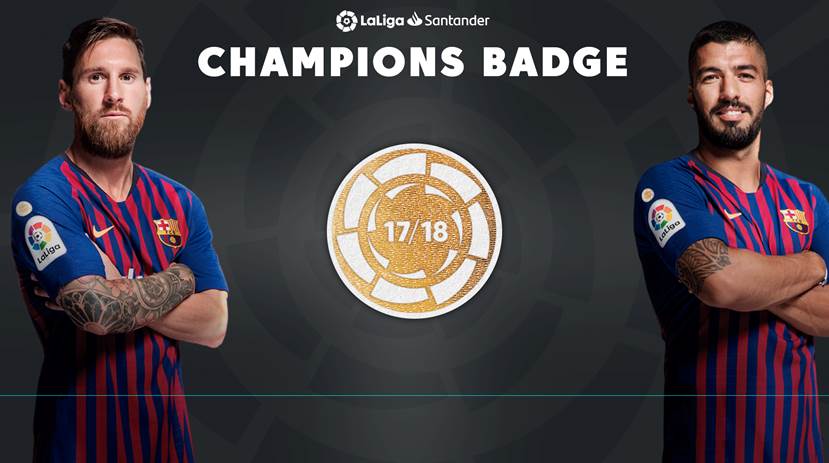 This is an initiative that LaLiga have created to reward the quality and excellence of the competition, and to celebrate the merits of the champion. For LaLiga, it’s an honor for FC Barcelona to be the first club to have the “heartbeat” of the champion on their shirts.

The badge forms part of a new corporate identity for LaLiga, with the “heartbeat” set to appear just above the LaLiga logo on the right sleeve. It has a diameter of 3.5 cm and has 17/18 inscribed as a reference to the season in which FC Barcelona was crowned champions. The badge can also be found in official Barça stores for fans to purchase.

FC Barcelona is proud to become the first team in the competition to wear the new badge, as they look to defend their LaLiga Santander title from last season.

With this step, LaLiga continues to grow as a worldwide point of reference alongside its clubs. The design is based on the new corporate identity embodied by the “heartbeat”, a graphic that represents the passion and heartbeat of the best league in the world.

FC Barcelona will debut the badge this Saturday at 22:15 CET when they face D. Alaves at the Camp Nou, their first match in LaLiga Santander 2018/19.