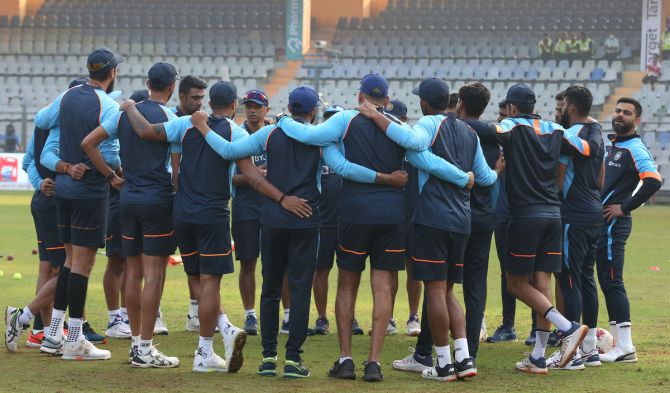 The first ODI between India and West Indies in Ahmedabad could be pushed back due to the COVID outbreak in the Indian camp. So far, four players in the camp have tested positive along with three members of the coaching staff. India have only named a solitary replacement so far.

Shikhar Dhawan, Ruturaj Gaikwad, Shreyas Iyer, and Navdeep Saini are the players who will miss the ODI series. The first ODI is slated to take place on February 6, but the date of the fixtures could be tweaked if more cases break out among the contingent. A BCCI official told InsideSport:

“For now the series will be played as per schedule. But if more positive cases come out today or tomorrow, we can push the start by a day or two. We will be flexible about that”,

While the BCCI medical team are keeping tabs on the positive cases, the management decided to call upon Mayank Agarwal as the third choice opener. The team had lost out on two openers in one blow and lacked any backup options for Rohit Sharma and KL Rahul. BCCI’s statement read:

The Indian vice-captain is slated to miss the first ODI to attend his sister’s wedding. Rahul is yet to join the Indian squad in Ahmedabad.