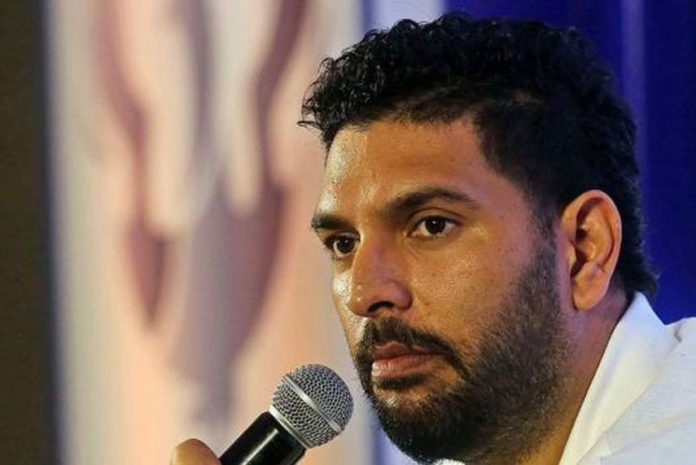 Former India all-rounder Yuvraj Singh has come into the limelight once again for his alleged casteist remarks against Dalits. The Haryana Police have lodged an FIR against the veteran player after a lawyer made a complaint against his alleged remarks.

In June 2020, Hansi-based lawyer Rajat Kalsan had filed the complaint at Hansi city police station in Hisar district as well. Kalsan said to The Indian Express that the FIR has been lodged under sections 153, 153 A, 295, 505 of the IPC and SC/ST act on Sunday, 14 February 2021.

However, Kalsan had alleged that Yuvraj Singh had made the remark when he was doing a live session on Instagram along with the India cricketer Rohit Sharma where he referred to another player in his comments.

“This comment has hurt the sentiments of Dalits as millions of people have watched this video on social media,” Kalsan said in the complaint and requested SP Hansi to lodge an FIR against Yuvraj and arrest the former all-rounder as well.

It is also noteworthy that, Yuvraj Singh had issued an apology via a tweet for his comments against leg spinner Yuzvendra Chahal that ‘unintentionally’ hurt the sentiments of some people.

Here’s what he said in his apology:

This is to clarify I have never believed in any kind of disparity, be it on the basis of caste, colour, creed or gender. I have given and continue to spend my life for the welfare of people. I believe in the dignity of life and respect each individual without exception.

I understand that while I was having a conversation with my friends, I was misunderstood, which was unwarranted. However, as a responsible Indian I want to say that if I have unintentionally hurt anybody’s sentiments or feelings, I would like to express regret for the same.

My love for India and all its people is eternal.

As far as Team India’s current state is concerned, they have been taking on England in the second Test in Chennai and expecting to register a win to keep the hope alive of their qualification for the World Test Championship (WTC) in June.