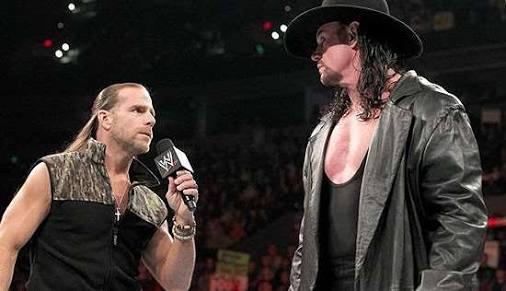 Former WWE wrestler Shawn Michaels might finally return to in-ring singles competition. The rumors of his return have been swirling since his confrontation with the Undertaker on the 3rd September episode of Raw. And now, it looks as if it will finally come to fruition.

In case you don’t know, the Undertaker defeated Shawn Michaels in a Streak vs. Career Match at WrestleMania 26. As a result, the Heart Break Kid was forced to retire and hasn’t competed in the ring again.

On the 3rd September episode of Raw, the Undertaker confronted the Shawn Michaels only for the latter to claim that he hadn’t come out of retirement because he respected him. The Deadman replied that he wasn’t coming out of the retirement because of respect, but because of his fear to face him. Shawn Michaels had given a perplexed but glaring look which ignited the rumors of his return.

WrestleVotes has now added fuel to the fire by tweeting that he will not only return for a tag team match at the Crown Jewel event but also for a singles match against the Undertaker at the Survivor Series or Royal Rumble.

Hearing that Shawn Michaels will indeed wrestle more than just the upcoming Saudi Tag bout. A one on one match vs. The Undertaker is planned. While some want it at Chase Field for the Rumble, I’m told the discussion is centered around Survivor Series in LA.

WrestleVotes is a very reliable source when it comes to breaking WWE management’s plans. They were the first ones who had broken the news that the Shield would take on the team of Drew McIntyre, Dolph Ziggler, and Braun Strowman at the SuperShow Down before WWE had announced it officially. Let’s hope that this rumor also comes true.