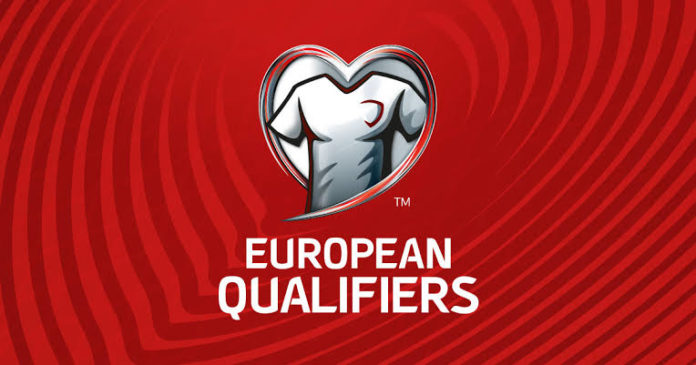 The Final Qualifying Stages for the UEFA EURO 2020 are all set to commence in the final international football break of 2019. Six sides, namely Belgium, Italy, Russia, Poland, Ukraine and Spain, have already sealed their spots at the upcoming mega tournament however, other top UEFA member associations are still vying to make it to the remaining 14 spots through these Qualifiers.

Some of the strongest European football superpowers will look at utilizing this platform to win a spot in the prestigious tournament. Let’s take a look at some of the key matches to watch out for in the final stages of the Qualifying group stages of the UEFA EURO 2020:

England started off the campaign as favourites and still take that spot but with the recent clash between Raheem Sterling and Joe Gomez possibly upsetting the status quo, this group stage match became all the more exciting for fans. The match this weekend will be England’s 1000th international game against Montenegro and the last match ended with an embarrassing defeat for the latter but they will look to turn things around this time. Gareth Southgate’s squad convened three points to make it to the top of Group A, and need just one more point from their two remaining games to seal their place at next summer’s European Championships. However, having said that, the fans can expect nothing less than fireworks at the stadium while these two play it rough to seal a qualification spot at UEFA EURO 2020 this weekend. 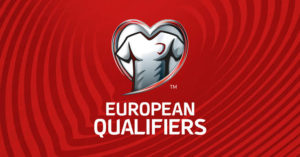 The current European champions Portugal are all set to host Lithuania at the Estadio Algarve, which might prove to be a crucial match for the home side in Group B to qualify this year. Portugal entered the qualifying campaign as favourites being the Defending Champions, but faced a major setback and lost the spot by losing against Ukraine. Lithuania, on the other hand, have a poor record as they have only managed to win one away game in the 11 matches, making their chances seem bleak against the powerhouse that is Cristiano Ronaldo & Co.

France’s inability to win their division in the UEFA Nations League makes the European Championships 2020 qualification stage much more important for the FIFA World Cup winners. With a four-match winning run ending with a 1-1 draw at home to Turkey last month, France is sure of their qualification if they win this fixture. Moldova, on the other hand,  have lost seven of their eight matches in this qualifying campaign, with only two more teams with them sharing the bottom of the qualifiers. It is predicted that the appointment of their new coach also hasn’t given the team a lot of time for coordination and strategy, which can possibly be the reason of their for their performance.

A place at the 2020 European Championship will be at stake when Romania and Sweden face each other at Arena Nationala. With only one point separating the two teams in the standings, a close encounter is on the horizon, and, the fans can expect nothing less than fireworks at the showdown this weekend. Romania are undefeated in the previous three group games, and the game against Sweden will be anything but a walk in the park for the hosts. Hence, currently the two teams seem to be evenly matched at the moment and the Swedes on the contrary, have suffered only one loss in Euro 2020 qualifiers. So it’s predicted that either they are going to grab something from Arena Nationala clash, or the fans are ready to bet for a draw!

The top position in Group I will be at stake when Russia and Belgium face each other at Saint-Petersburg Stadium, making it the most crucial matches of the league so far. The Russians are on a seven-game winning run in the EURO 2020 qualifiers, and will go that extra mile to block the spot. The Belgians, on the contrary have passed their qualification and are likely be a little stress-free but will certainly pose a much bigger threat to the hosts than their previous rivals.  Russia, on the game point of view, are likely to adopt an attack-minded approach in the Group I derby as they are three points behind Belgium in the standings. The two last met in Brussels where Belgium defeated Russia with a 3-1.

Germany will now be eyeing a back-to-back win in Group C while they travel to Belarus for their second EURO 2020 qualification match this weekend, while Belarus, the overwhelming underdogs entering this match staring at a third straight defeat in the section. The White Wings have never qualified for the finals of a World Cup or European Championships, and it seems unlikely that they will be able to do that even now. Germany, on the other hand opened their qualification campaign with a brilliant 3-2 win away against the Netherlands. The 90-minute strike from Nico Schulz which secured all three points, made them eye for another victory, which was followed by an astonishing win over Estonia with 0-3 score.

Germany have qualified for every European Championship since 1968. They are three-time winners of the competition but have not triumphed since EURO 1996 in England.

All eyes will be on Stadion HNK Rijeka when Croatia and Slovakia face each other in the Group E derby for the Euro Qualifiers this season. Croatia, who are rising to become the favorites especially after their stellar World Cup performance, are only one point away from booking their place at the EURO 2020, and so it is likely that they choose to play defensive in order to be extra cautious. Seeing that the Croats would not be an easy task at home, it would be interesting to watch the Slovakians put their best foot forward under the strategic guidance of their coach. Pavel Hapel’s men play host to Azerbaijan in their last qualifying match, and a victory over the former Soviet Republic is likely to help them qualify for the next year’s showpiece tournament. So far, there have been no news of any suspensions and injuries and the path seems clear with the fans of both sides awaiting a clash of all times.

UEFA EURO 2020 is set to be amongst the most exciting sporting tournaments of 2020 and the Qualifiers this year are setting the stage for the prestigious tournament. Apart from this fan-favourite tournament, Indian fans can catch the best footballing action in the world only on Sony Pictures Sports Network this season with premier international properties like Serie A, UEFA Europa League, FA Cup, FIFA U-17 World Cup Brazil 2019, FIFA Beach Soccer World Cup Paraguay 2019, UEFA EURO 2020 and many more.

Watch the European Qualifiers for UEFA EURO 2020 live and exclusive from 14th November 2019 onwards only on Sony Pictures Sports Network.