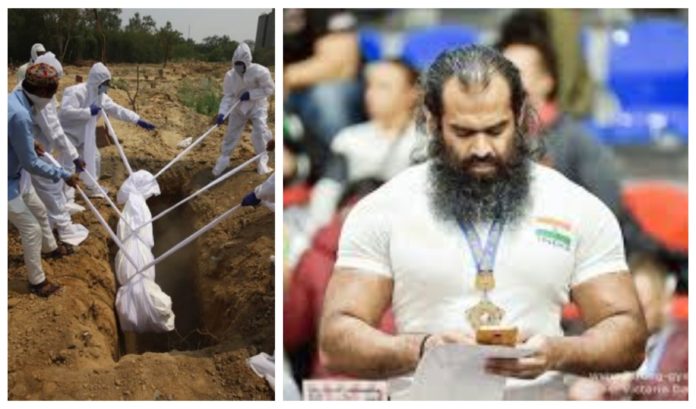 During these testing times, physical strength won’t amount much as emotional strength would. For Mohammed Azmat, having already conquered the physical aspect with his honours in weight-lifting, he is embracing the emotional aspect by aiding in burying bodies rather than lifting weights, a stark contrast if there is any. 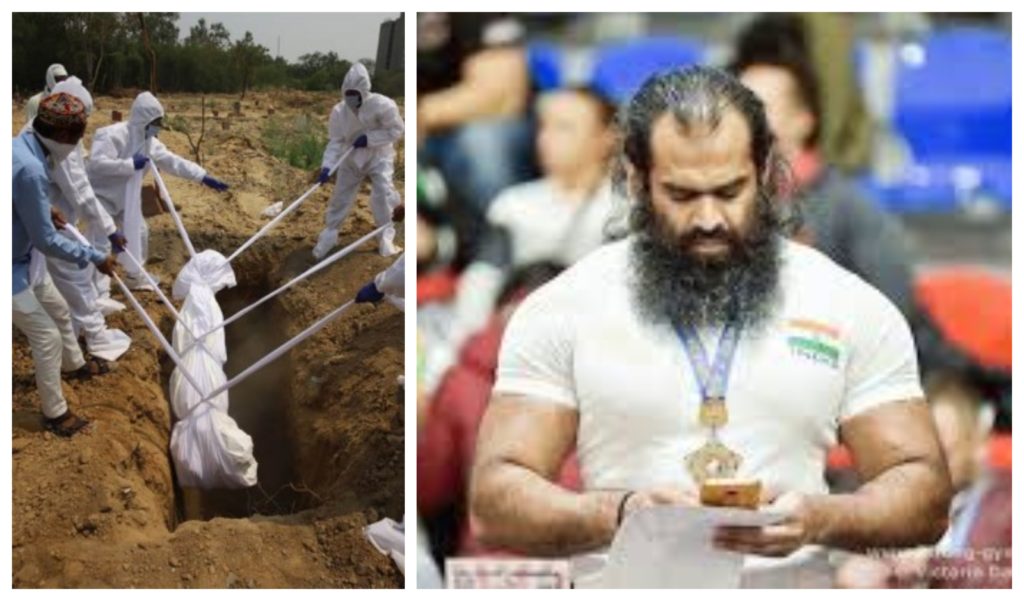 Azmat works in an IT firm in Bangalore and possesses a soft spot for weightlifting as well. The rising coronavirus infection pegged him back as he was on course for a stellar year after having already won a gold medal in the 110kg category at the World Powerlifting Congress World Cup.

The 43-year-old recently joined an NGO, Mercy Angels, who are involved in performing the last rites of COVID-19 victims in the city. Reality hit hard as Azmat had to bury a senior man who succumbed to the disease, along with two of his co-workers. That particular pain cannot be put into words according to Azmat. He said:

“I have lifted close to 300kg numerous times in practice and competitions. But when I joined my co-workers to carry the senior man to the Christian burial ground, the pain I felt cannot be put into words, Only three of us were there when we buried him and prayed for his soul to rest in peace,”

Upon the onset of the pandemic, it was evident that Amzat’s weightlifting rise would be put to a hold. He proceeded to help the community during the migrant crisis in the first implemented lockdown.

“The lockdown happened in March and I was out in the city with volunteers, feeding the needy and doing whatever little I could as the migrant crisis unfolded,”

As the lockdown regulations were slowly eased, Azmat returned back to his IT job but then happened to overhear the plights of people who were unable to give their beloved ones a proper farewell.

“I began to hear from my friends about the mounting COVID crisis and the struggle to give the deceased a dignified farewell amid all the taboo and fear,”

He then went on to join Mercy Angels last week and has aided in burying 15 bodies so far. Upon returning home after completing the noble deed, he has to isolate himself from the rest of the members in his family.

Months prior to this, Azmat was out there lifting weights to the heavens. Even now he is lifting the victims up to the heavens, but for that first, he has to bury them.

Exclusive: CWG medalist Deepak Lather: Made it as a sprinter before weightlifting!