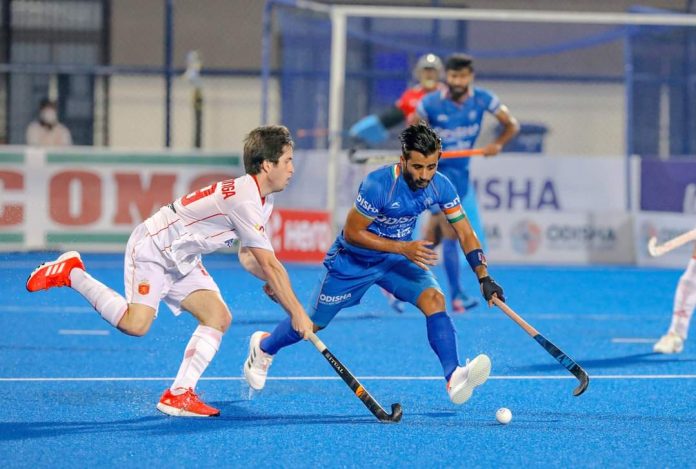 The Indian men’s hockey team stunned Spain after registering a stupendous comeback win. With almost no ray hope, the Indian side were down with 1-4 scoreline. However, they managed to bounce back and clinched a 5-4 win over the Spaniards in a thrilling contest in the FIH Pro League in Bhubaneswar on Saturday. The World No. 9 Spain were in the driver’s seat against the Tokyo Olympics bronze medallist India after the visitors took a 4-1 lead through a hat-trick from skipper Marc Miralles (20th, 23rd, 40th minutes) and Pau Cunill (14th).

India fights back to stagger Spain with a 5-4 outcome 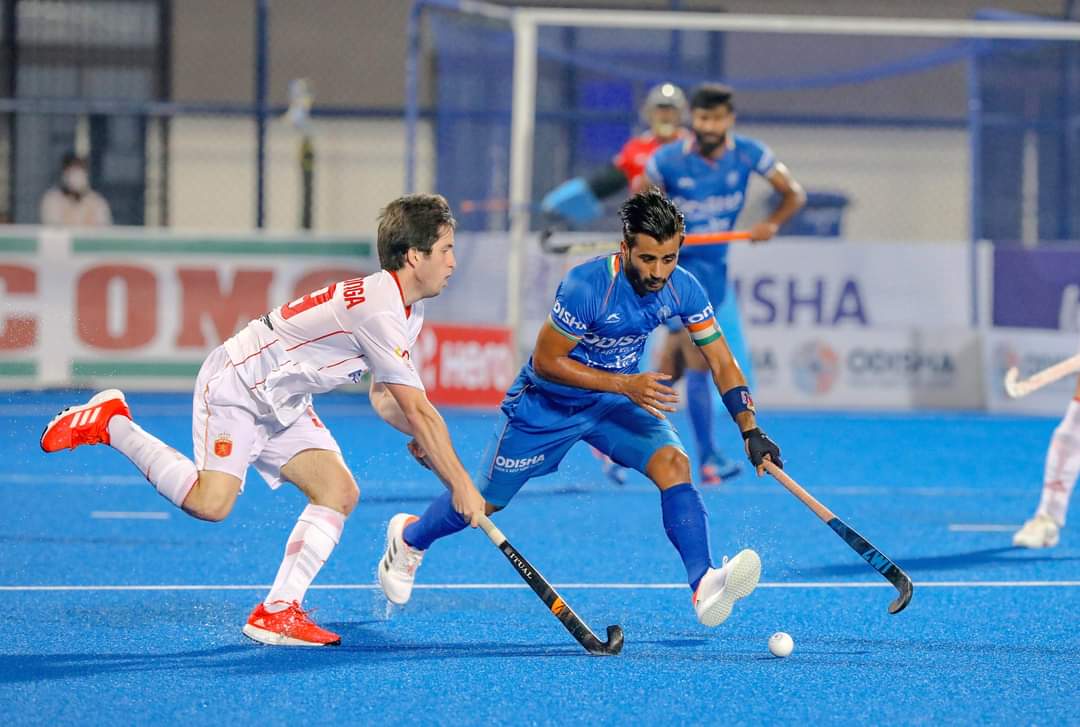 The match saw a thrilling action right from the beginning of the match in the first-leg tie between India and Spain. India earned a penalty corner which was converted by Harmanpreet but the goal was disallowed for dangerous play after Spain went for a referral.

The Indians, however, came out subdued in the second quarter, allowing Spain to break their defence on quite a few occasions. Spain earned its third penalty corner which was converted by skipper Marc Miralles, whose flick went through the legs of veteran Indian goalkeeper PR Sreejesh.

Three minutes later, the Spanish forward line once again troubled the Indian defence as Mandeep Mor’s dangerous play inside their own circle led to a penalty stroke and Miralles gave his side a 3-1 lead. Spain pressed hard and they secured two consecutive penalty corners in the 40th minute, the second of which was converted by Miralles with a fierce reverse hit from the top of the circle.

However, India did not give up on their hopes and pulled off nothing less than a fairytale ending. The hosts scored through Harmanpreet Singh (15th, 60th), Shilanand Lakra (41st), Shamsher Singh (43rd) and Varun Kumar (55th) to register one of the most memorable comebacks in the history of the game.

This marked India’s four wins out of five outings in the FIH Pro League. Both teams will face off against each other again on Sunday.