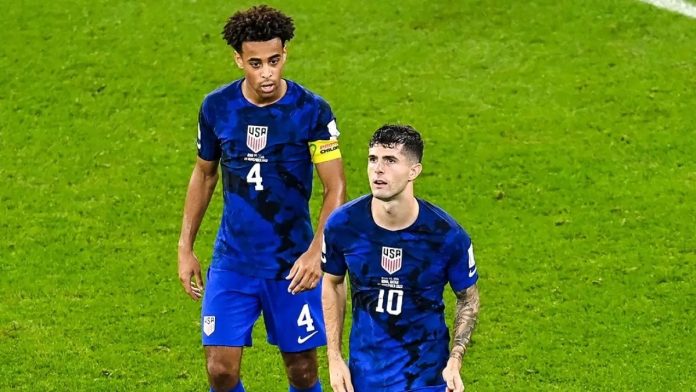 All eyes shifted to the pitch this weekend when one of the biggest sports championships kicked off in Qatar. With the Group Stage upon us, many would wonder if the World Cup 2022 odds are accurate with the favorites lifting the trophy. Or is there more value in betting on dark horses?

One thing is for sure: we could expect the unexpected in the ongoing World Cup, as the championship is synonymous with surprises. Especially, when taking into account that the tournament has produced a whole host of longshots and the likes of Croatia, Uruguay, and Costa Rica over the past years.

Many fans like the unpredictable nature of longshot betting, which generates more value for them and makes the contest even more enticing to watch. With that in mind, we have broken down the odds and longshots in our 2022 WC preview. All the odds are extracted from the GGBet Canada betting site. So, without further ado, let’s get started!

Who was the Longshot Pick at the 2018 World Cup?

One of the most notable examples of a longshot pick in the last World Football championship was runners-up Croatia. The team advanced from the Group Stage with a 3-0 scoreline, after beating Iceland 2-1 and keeping a clean sheet over Nigeria (2-0) and Argentina (3-0).

In the Round of 16, Croatia defeated Denmark and Russia on penalties before facing off the favorites England with a 2-1 scoreline in the Semifinal of the tournament.

Even though France eventually took the win in the Grand Final, Croatia was filmed in the memory of the audience, and their star midfielder Luka Modric was even crowned the Ballon d’Or for his heroics.

Who are the Potential World Cup Longshots for the 2022 World Cup?

Of course, you could go way down the board and choose a huge longshot like Saudi Arabia (+80000), Tunisia (+50000), or Australia (+40000), but it is worth noting that only eight dark horses have ever lifted the trophy. So, here is a list of the potential World Cup longshots that soccer fans may be tempted to pick.

Canada’s national team is on the rise now and is priced at +25000 to win the entire tournament. Up until recently, John Herdman has coached the squad to 41st place in the world rankings. In the World Cup qualifiers, the guys bettered their regional rivals with a resounding 4-0 home win over Jamaica.

In the Groups, they are drawn to make it out with Croatia, Belgium, and even Morocco, who have lost just three times in 40 last games. In that light, the Canadians will likely be hard-pressed by their group opponents. As for now, the team lost 1-0 to Belgium in the opening match of WC 2022. Nevertheless, the Canadians may pull off some surprises down the road.

Croatia could be a potential World Cup dark horse at +5000 odds. As we have said earlier, little was expected of them in the last WC championship but their heroics all the way through the final was memorable to everyone.

In the World Cup 2022 Qualifying, the Croats were just second behind Armenia. They drew Morocco 0-0 and beat Canada 4-1 in the Group Stage so far. Luka Modric is still patrolling the midfield for their fans and they have lost just once in the last 16 games.

You could also consider Denmark as a reasonable longshot pick at +2200. Denmark’s soccer program is on the rise, and it was just last summer that they went all the way to the Semifinals of the Euros, losing 2-1 to England in OT.

Their run will be best remembered for the squad joining together to support Christian Eriksen, who suffered a heart attack during their opener. Dannemann is back for the WC 2022, and Roligans could expect some shocking results from their favorite team.

Uruguay is probably the final team you could consider that is capable of making a Cinderella run in the Qatar World Cup. They are priced at 4000 odds of winning. They have lifted multiple World Cups long ago, have lost just once in their past nine games, and are well-hardened after playing against the favorites like Brazil and Argentina in qualifying.

Last but not least, they have an abundance of strikers at their disposal, with Edinson Cavani, Darwin Nunez, and Luis Suarez all ready to show up at this year’s championship.