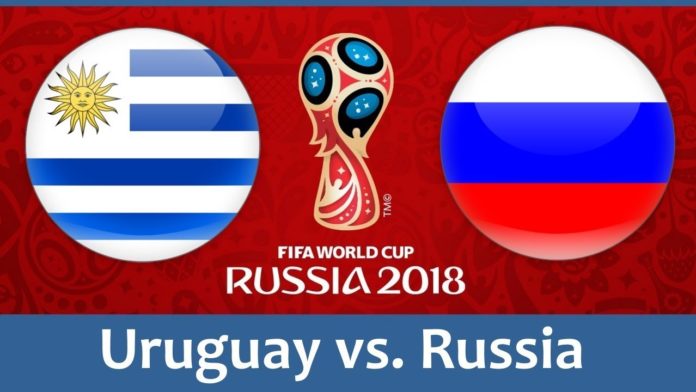 This World Cup has turned out to be a pretty successful affair for host nation Russia in the group stages. They were considered to be the weakest team in the tournament because they came into this World Cup as the lowest ranked team.

However, they silenced their doubters and critics with a 5-0 victory against an ill-fated Saudi Arabia in their very first match. They soon followed this up with a 3-1 victory over a Mohammed Salah led Egyptian team and qualified for the knockout stages for the first time in 32 years, after the then Soviet Union last did it in 1986.

Uruguay started off their World Cup campaign with a tightly fought 1-0 victory over an Egyptian team without their talismanic striker Mohamed Salah courtesy of an 89th-minute winner from Jose Gimenez.

They followed this up with another 1-0 victory over the Saudi Arabians with the help of their marquee striker Luis Suarez, who celebrated his 100th appearance for La Celeste with the deciding goal.

The sides have faced off eight times, including meetings with the Soviet Union and Russia have by far the better track record with six wins to one, plus one draw.

We have our first set of teams confirmed!