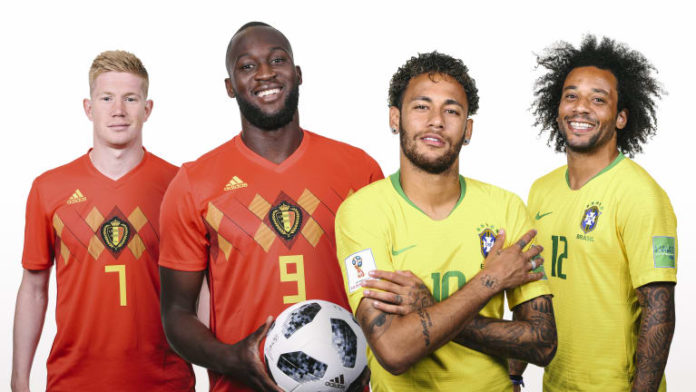 Brazil and Belgium are two star studded teams, two teams that have proven match winners, two of the most exciting teams of the world cup, two tactically sound teams of which one could possibly go onto win the coveted trophy. These two might forces will go head to head for a place in the semifinals today in the second quarterfinal. Five-time champions beat Mexico in the last round whilst Belgium secured a dramatic comeback victory over Japan. 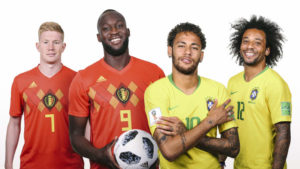 The road to this stage has been quite interesting for both the teams. Selecao, known for scoring goals in eye catching fashion have been low on numbers this time around. They have scored 7 goals en-route to their place in the quarterfinal. But one can only imagine how good this Belgium could be to dethrone a free scoring Brazil side in terms of goals scored. Belgium have scored almost twice as many goals as Brazil. A record 12 goals have made them the highest scoring team in this edition of the world cup till now. 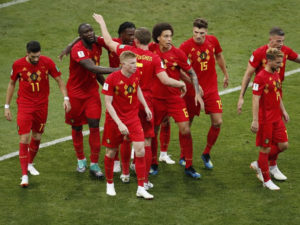 It would be quite a contest as these are matches where a team’s defensive prowess can make all the difference. Brazil and Belgium possess some of the most exciting attacking players of the world cup. Brazil’s Trio of Neymar, Coutinho and Jesus will look to combine forces to wilt the Belgian defense with their exceptional skill and passing. But Brazil’s secret of success has been the much lesser appreciated Firmino, the perfect super sub, who has scored more goals coming on as a substitute than his country’s starting striker, Gabriel Jesus.  Belgium, on the flip side attack with five men often encouraging their wingbacks to push forward and give them an attacking option. 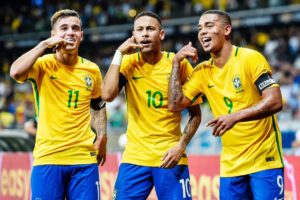 As far as team news goes, Brazilian right back Danilo is set to miss the rest of the tournament due to an ankle injury. Marcelo is set to return to the starting 11, having missed the round of 16 match due to a back injury, alongside Fernandinho, who is likely to replace a suspended Casemiro. Belgium will be hoping that Adnan Januzaj will be fit as he was unavailable for their last match due to an injury that he suffered during their England game.  Here’s an interesting piece of information, Brazil have won their last three matches by a two goal margin, also, not having lost a match in which they have scored first. Meanwhile Belgium came back from 2 goals down against Japan to win the match 3-2 from literally the last attack of the match. An tie that is as unpredictable as it can get, two of the strongest teams collide in what could be a cracker of a match.

Ready for another big game?