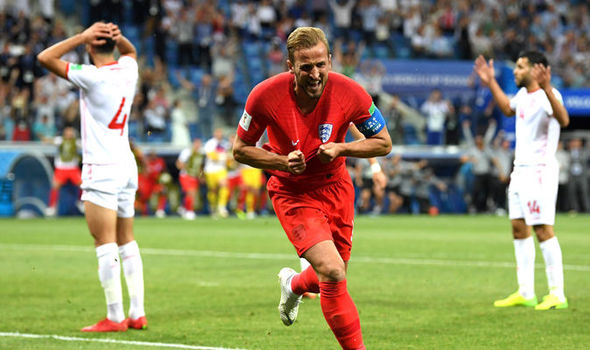 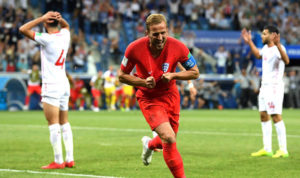 Having failed to win a single match in the 2014 World Cup England set out to Russia searching for their 1st win in World Cup competitions since 2010.

With no more Steven Gerrard, Frank Lampard or Wayne Rooney to lead the side, Gareth Southgate picked a relatively inexperienced squad to play in Russia. The squad with contained only 2 players who had an experience of playing in the World Cup.

But this young squad couldn’t be written off as they possessed some of best players of the current generation such as Harry Kane, Dele Alli and Raheem Sterling to name a few.

Yesterday they won their first match of the Group beating Tunisia 2-1 with Kane scoring a late winner.

Some of the former players, fans and pundits couldn’t hold back their emotions and took to twitter to express their joy. Here are some of those tweets.

Positives to take.. Playing with a high tempo.. Pressing without the ball to regain the ball quickly.. Midfielders freeing themselves to make runs beyond the forwards… Play the highlights from 1st 25mins and there’s a template to work with that suits these players! #3Lions pic.twitter.com/AExVOyPkCc

Morning, a great England 🏴󠁧󠁢󠁥󠁮󠁧󠁿win that means a young team can settle more into the second game now. Jordan Pickford was able to ease his way in and Harry Kane scoring both critical to England hopefully having a good tournament! A good start..

What a way to lead your country! 🏴󠁧󠁢󠁥󠁮󠁧󠁿 #England #WorldCup pic.twitter.com/tnlMls30gP

Fought right until the end and deserved the win. Bring on Panama. #ENGTUN

HEADLINE OPTION:
He Kane, he score, he conquered. #ENGTUN

If you didn't celebrate like @GaryLineker are you even an England fan?#ENGTUN #bbcworldcup pic.twitter.com/nRFG4Znwi3

I wonder if we’ll see more @England flags around now we’ve just won. I’ve barely seen any this year (with the exception of that estate in London which went viral). #ENGTUN

Switched over to see what the BBC commentary was like after that goal. “Watch out Ronaldo, there’s a Harry Kane coming”. Swear 😆 #ENGTUN

Deserved!!
England 2 vs Tunisia 1 H. Kane again put the lead…after 2 "not VAR" penalties dismissed, got the chance to get the 3 points to England and Good Night !!

It will be interesting to see how far this squad goes in the competition. They seem to be showing no fear what so ever and are all guns blazing while going forward. Their next match is vs Panama on 24th June.

Lets us know your thoughts on England’s win in the comments below.