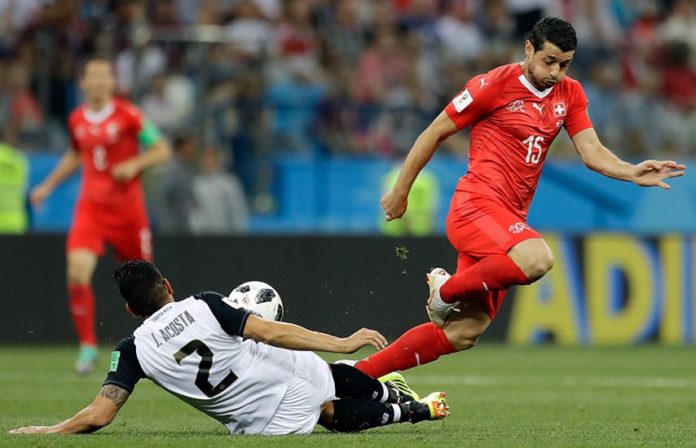 It was an extremely shaky start to the match by the Swiss. The central americans had a array of chances but the Swiss keeper was equally up for the challenge pulling out save after save. But however, the Swiss took the lead against the run of play when Blerim Dzemaili put the ball behind the net after a well constructed attack that split the Costa Rican defense. The goal gave the Swiss some confidence as they seemed to have found their rhythm after the goal. However, it was very unlucky for Costa Rica to go into half time trailing 1-0 given the plethora of chances that they had created. 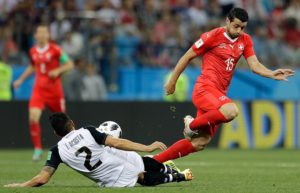 Early in the second half, Costa Rica defender Kendall Waston sent the stadium into a frenzy when scored the equalizer for the Central americans through a corner. By doing so, he broke his country’s goalless streak of not having scored in 424 minutes of open play. This Costa Rica goal meant that all the 32 teams have now scored atleast one goal in this year’s tournament. 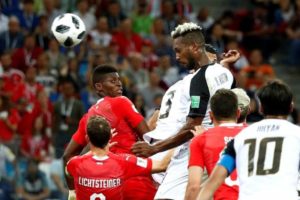 Majority of the second half was mundane barring the last 10 minutes of the game. 3 goals were scored as the last 10 minutes where 2 penalty calls awarded for Costa rica, of which VAR overturned the first penalty claim. Firstly, Josip Drmić shot Switzerland into the lead when he superbly finished a one-timer in the low right corner of the net. Couple of minutes later, Costa Rica had the chance to equalize when they were awarded a penalty only for VAR system to overturn that decision. But just minutes after the first penalty incident, Joel campbell was dragged down inside the penalty box and this time quite clearly. Up stepped Bryan Ruiz to take the penalty in what was Costa Rica’s last hope of registering a point in this year’s tournament. In quite a bizzare manner, Ruiz hit the post but luckily the ball rebounded onto the Swiss keeper’s head to end up in the back of the head. While Ruiz will take credit for scoring the goal, this might go down as an own goal for Sommer. 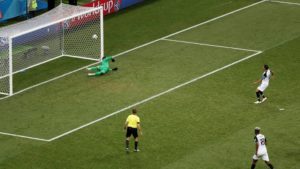 This draw puts Switzerland in the round of 16 where they are going face Sweden for a place in the quarterfinal. However, Switzerland will not have the services of experienced defenders Fabian Schar and latest arsenal signing Stephan Lichtsteiner due to suspension. This sums up group E with Brazil topping the group by virtue of a victory over Serbia.

Football: Davide Santon- once a wonderkid, now reaching his prime signs for Roma.