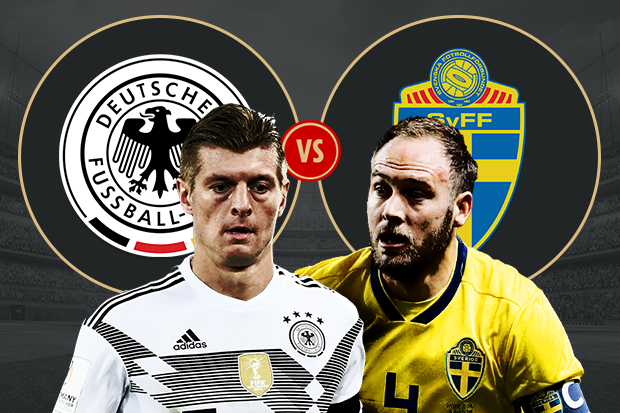 The second weekend of the 2018 FIFA World Cup will see Sweden take on defending champions Germany.

World Cup holders Germany need a win against Sweden today after Joachim Low’s side kicked off the defence of their title in a disastrous fashion. Mexico shocked World Cup holders Germany with a 1-0 victory in their first group game, and the second matchday will go a long way to deciding who makes the last 16 of the tournament. A loss in this fixture will see Germany waving good bye to the World Cup.

Germany looks strong on paper as they are unbeaten in their last eleven games against European underdogs Sweden, with the Scandinavian’s last win coming 40 years ago in 1973. The recent game between these sides produced a 8-goal battle as the game resulted in a draw. Let’s see how this game unfolds.

And so, to our final match of the day…