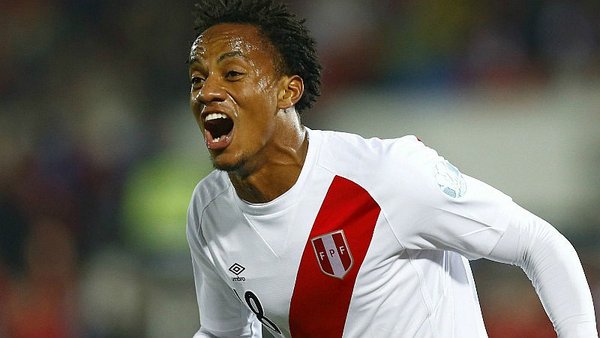 The official Twitter account of the FIFA World Cup put out a tweet today commemorating the 26th birth anniversary of Peruvian winger, Andre Carrillo as a part of their “Stats of the Day” feature. Peru will have their first match in the 2018 FIFA World Cup against their Group C opponents Denmark on June 16th.

His birthday is just one of the many facts and figures you can find in our "Stats of the Day" feature 👉 https://t.co/TNLHsdDRbg pic.twitter.com/SFK52CuOdC

Here are some excerpts from FIFA’s “Stats of the Day”:

FIFA World Cup 2018: Germany has their first World Cup training session in front of the public

FIFA WC 2018: Messi Says ‘Maradona Is The Greatest There’s Ever Been’