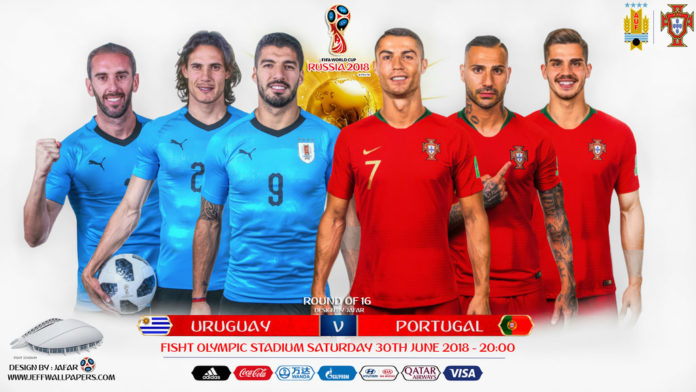 Euro Cup 2016 winner Portugal take on Uruguay for the 2nd match of the Round of 16, the winners of which go straight to the Quarter Finals.
A late Iran penalty saw Portugal qualify for the knockout stages, having snatched a late draw with Spain and beating Morocco by a small margin whereas Uruguay came to the Round of 16 winning all their group stage matches. 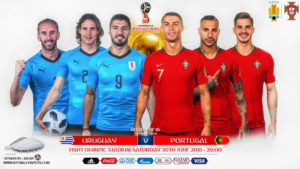 Ahead of Saturday’s game, Portugal Coach Fernando Santos knows the forward line has to be in top form to upset an Uruguay side who are yet to concede a goal in this World Cup.
“They are a typical South American side,” said Santos. 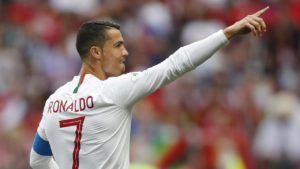 Uruguay coach, Oscar Tabarez who is in his 14th year as Uruguay’s head coach knows that his side has to work hard to contain the five-time Ballon d’Or winner.
“Cristiano Ronaldo is one of the best strikers in the world,” Tabarez said. 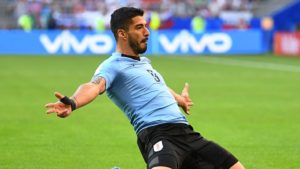 Football: Stephan Lichsteiner thanks Juventus in an emotional tweet ahead of joining Arsenal