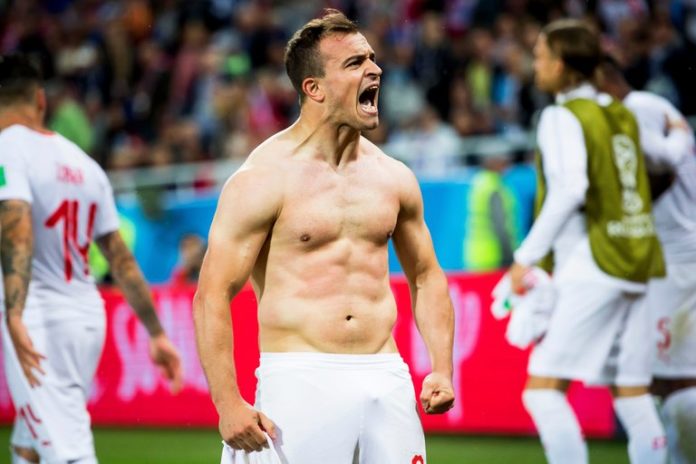 An inspired second half surge by the Swiss helped them stage the first comeback victory of this year’s world cup. Goals from Granit Xhaka and Xherdan Shaqiri sparked a controversial celebration from the players portraying the nationalist symbol of the ethnic Albanian Eagle hinting at their Albanian lineage. Serbia striker Aleksandar Mitrovic overpowered the Swiss defender Fabian Schar to head the ball home and give Serbia the lead just 5 minutes into the game.  After an early domination by the Serbian, Switzerland slowly started to take control of the match. Early in the second half, Shaqiri’s shot from inside the box was blocked by Kolarov as it fell comfortably for Granit Xhaka. The arsenal midfielder shot a 25 yard rebound ball with power, pace and swerve from outside the box leaving no chance whatsoever for Stojkovic to save the shot. Tiring midfield for both the teams towards the end of the match became easier to pass by as attack was countered by attack in the final few minutes of the game. Serbia won a corner in the dying moments of the game. Ivanovic’s cross was steered clear and two passes later it sparked a one man counter attack from Shaqiri who was tried to be played offside by Tosic forgetting the fact that it was Shaqiri’s own half. Shaqiri carried the ball from the half line on his own to score the all important winner for the Swiss. 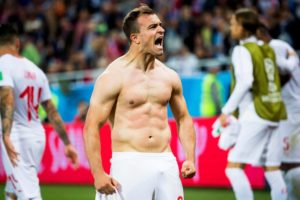 This puts Switzerland level on points with table toppers Brazil who are sitting on 4 points from 2 matches. This means that Serbia will have to win against Brazil in order to qualify while, for Switzerland a mere draw against the already knocked Costa Rica will help them advance to the knockout phase.

Catch the highlights of #SRBSUI here :