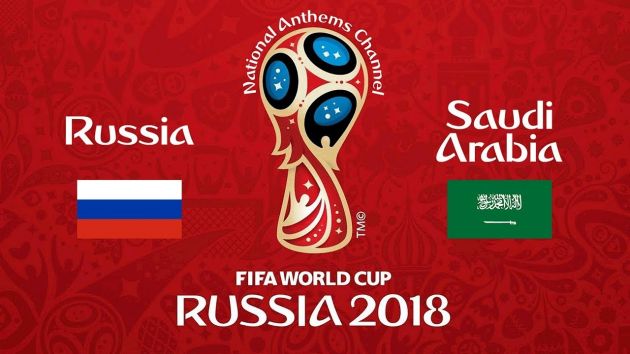 After four years of wait the World Cup is finally back. The FIFA World Cup officially kicks off today when host nation Russia takes on Saudi Arabia in a Group A showdown.

Russia and Saudi Arabia’s only previous encounter was in 1993 when Saudi won 4-2 in a friendly at home. Since the split up of Union of Soviet Socialist Republics, Russia have never reached the knockout stages of the esteemed tournament. Russia have always finished third in group after the split of USSR.

While speaking of Saudi Arabia this is their fifth World Cup and if stats are to be believed then they are not the favourites to win this game as they have never won their opening game at the World Cup. The giants from Asia have finished bottom of their group in their last three appearances. Well let’s how both the nations will perform in their World Cup.

The game kicks off at 8:30pm(IST) in Luzhniki Stadium in Moscow. The same stadium which will host the final.

Here are the squads for the first game of the FIFA World Cup: